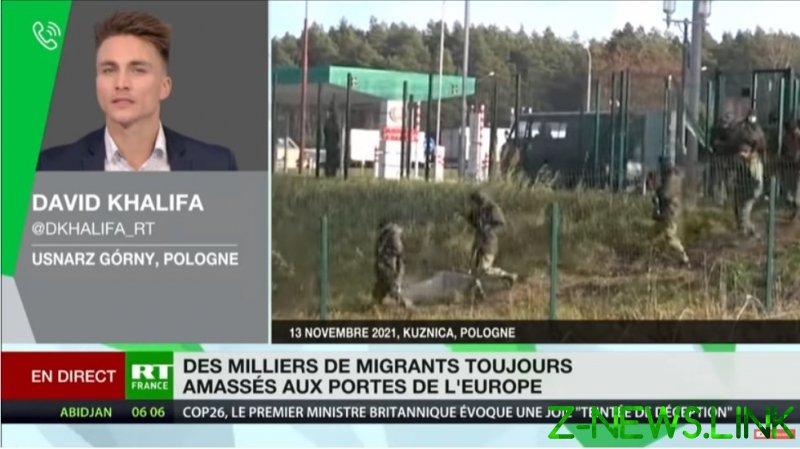 Reporters David Khalifa and cameraman Jordi Demory were taken into custody after a single live broadcast from the scene, RT France said. They reported that the Polish police showed an “unfriendly” attitude towards them.

“On several occasions they asked us to leave and not to film,” Khalifa said of the Polish troops.

Khalifa sent a message “handcuffs” before contact with him and Demory was lost.

The RT team streamed from Usnarz Gorny, a small border village in northeastern Poland, before they were detained.

RT France said its journalists were being taken to a police station in Sokolka, a city about 47 km northwest of Usnarz Gorny.

The crisis between Belarus and its EU neighbors has been unfolding over months, as thousands of would-be asylum-seekers attempted to cross into the EU through Belarus territory this year.

Brussels and individual member states accused Minsk of orchestrating the influx and using people from places like Iraq and Syria as pawns. The Belarusian government denied being behind the crisis and said the sanctions that the EU imposed on it deteriorated its ability to police the border.

Some European officials claimed that Russia was involved in the conflict and called on Moscow to put pressure on Belarus. Moscow distanced itself from the row, saying it had nothing to do with it.