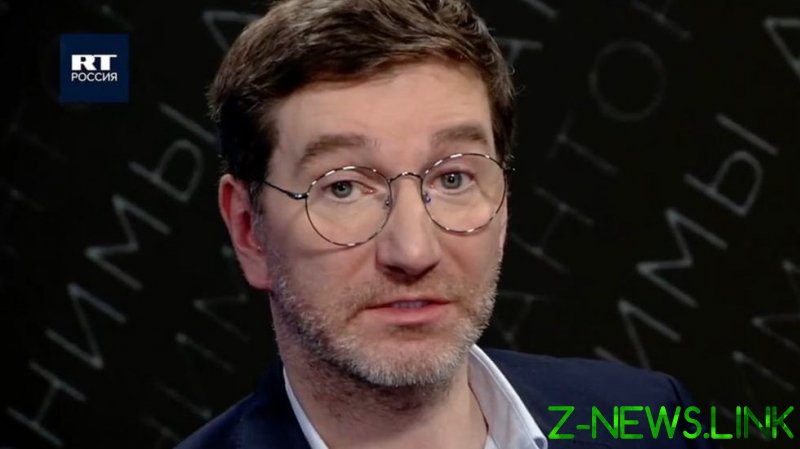 Krasovsky made the remarks during an episode of his program in which science fiction writer Sergey Lukyanenko was a guest. The latter said that back in 1980, in a hospital in the Uzhgorod region in Western Ukraine, local children told him that “Ukraine is occupied by Muscovites,” and if this were not the case, their lives would be better.

Krasovsky responded to this by saying: “It is necessary to straight-up drown these children. A kid said that ‘Muscovites have occupied’ – you immediately throw them into a river with a turbulent current.” When Lukyanenko objected, Krasovsky added that children could still be “beaten into the hut and burned.”

“Perhaps Anton will explain what temporary insanity caused it and how it came out of his mouth. It is hard to believe that Krasovsky sincerely believed that children should be drowned,” she wrote.

Simonyan said she is suspending his contract with the broadcaster, “because neither I nor the rest of the RT team can allow even the thought that one of us is capable of sharing such nonsense.”

“For the children of Ukraine, as well as the children of Donbass, and all other children, I wish that all this ends as soon as possible, and they can live and study in peace again – in the language they consider native.”

Krasovsky first came to international prominence, in the early 2010s, as a LGBT rights activist. During a TV show in 2013, he ‘came out’ live on air, while expressing opposition to Russia’s so-called ‘gay propaganda’ law.

He blasted both President Vladimir Putin and his predecessor, Dmitry Medvedev, and was lauded by Western media. That led to the journalist writing for The Guardian and featuring in other American and British outlets.

Since 2021 Krasovsky, who is HIV positive, has presented a program on RT Russian called ‘Антонимы’ (Antonyms).