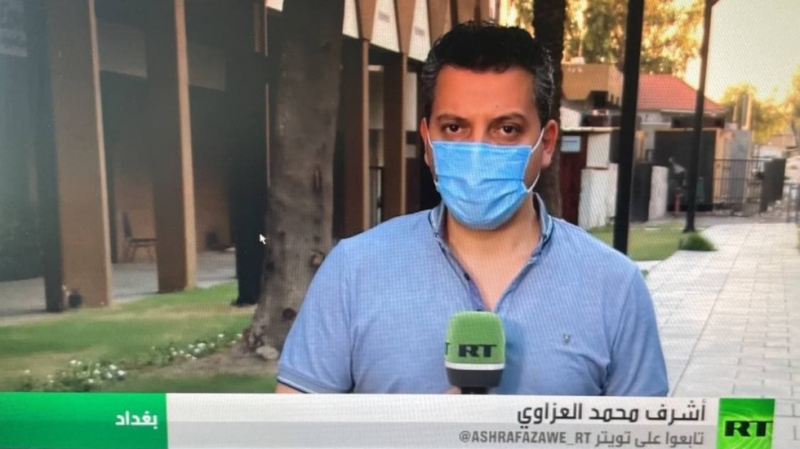 The correspondent, identified as Ashraf Al-Azzawi, was reportedly taken to an unknown location by Iraqi security forces under the pretext that his work permit had expired.

RT Arabic said that, in a call with the reporter, Al-Azzawi said the group that had carried out his arrest was involved with fighting organized crime in the city.

The Iraqi authorities also reportedly closed an office used by RT journalists in Baghdad and confiscated their equipment.

Al-Azzawi has been an RT correspondent in Iraq since 2008. He has covered military operations in Mosul, Tikrit, Fallujah, and Ramadi, and other operations that have occurred in Iraq over the past decade. In 2015, he came under mortar fire from terrorists while covering events in Ramadi.

Ziad Al-Ajili, the head of the Journalistic Freedoms Observatory in Iraq, said in a statement that the RT reporter’s arrest was unjustified and that the authorities should not be allowed to treat members of the media in such a manner.