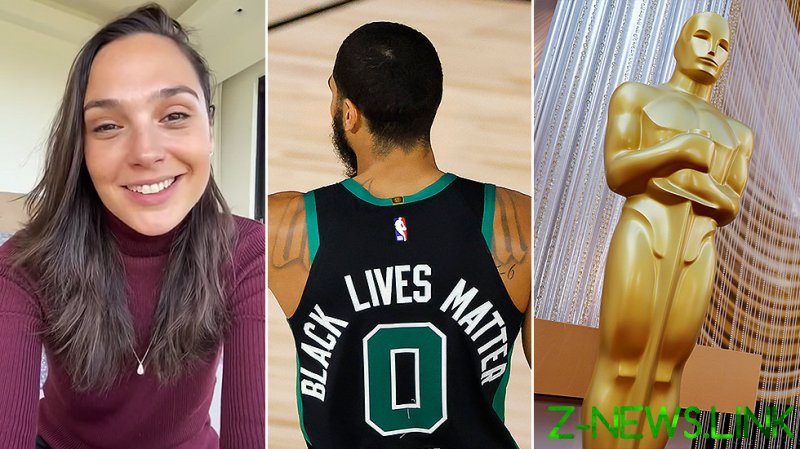 It is unsurprising that the entertainment industry, which naturally attracts the intellectually vapid, the emotionally insecure and the rabidly self-absorbed, boasted some of the most egregious and aggressive virtue signaling in the history of the art form in 2020.

Anyone who has ever waded through the intellectual cesspool of our narcissistic culture is all too familiar with the compulsive public expressions of moral superiority and shameless self-righteousness of entertainment industry wokeness.

In 2020, entertainment industry virtue signalers, in a desperate attempt for attention and validation, vomited such copious amounts of their odious, self-serving woke bile into the public sphere that it felt like we were all living in a giant virtue vomitorium.

In honor of the worst year in recent memory, I have put together a list of the 10 worst virtue signalers in entertainment for 2020. Enjoy!

The NYT’s list of the 25 Greatest Actors of the 21st Century (So Far) and the Best Actors of 2020 studiously ignored talent, skill and reality and instead went all in on virtue signaling by including a cavalcade of minority, foreign and elderly actors as well as ridiculous Tik-Tok performers. The final result is a human resources department’s wet dream and looks more like the waiting room at a casting call for a diversity and inclusion public service announcement than a collection of best actors.

The home of the famous Golden Bear and Silver Bear Awards announced this year that they were going gender neutral in their acting awards… how very Weimar of them. Next up – Golden and Silver Bears announce their pronouns are they/them and ze/zir.

Put a warning label on Gone with the Wind so that people knew they were bad for watching it and evil for liking it. Also put out UNpregnant, a zany, whacky, fun-loving teen abortion movie. So much virtue to signal!

Brody turned the virtue signaling up to 11 this year by being inappropriately amorous with the pedophile starter kit known as Cuties and by ranking Spike Lee’s abysmal and amateurish Da 5 Bloods as #2 on his ‘Best of the Year’ list. Apparently, Brody doesn’t care if people think he’s a pedophile, but he REALLY doesn’t want people to think he’s racist… now that’s some quality virtue signaling!

Disney attached absurdly verbose content warnings to some of their classic animated films like Dumbo and Lady and the Tramp and Hulu (which Disney controls) pulled episodes of 30 Rock, It’s Always Sunny in Philadelphia, Scrubs, Golden Girls and Community for committing the sin of comedy ‘black face’ in the past. Disney – where adults get treated like children!

This year, the NBA emulated the flopping and vacant histrionics of its players by doing an extravagantly exaggerated, dramatically over-the-top embrace of ‘social justice’.

In the NBA bubble in Orlando – the Happiest Place on Earth, ‘Black Lives Matter’ was painted on every court and players wore trite woke slogans on the back of their jerseys. The absurdity and obscenity of filthy rich, pampered, dim-witted athletes, safely sealed in five-star hotels with all expenses paid, adored by millions of people worldwide, wearing jerseys demanding fans ‘See Us’ and ‘Love Us’ is so astronomical as to be immeasurable.

Then there is the MVP of Virtue Signaling, LeBron James, who should trade in his Nikes for clown shoes after he wore a Breonna Taylor ‘Say Her Name’ T-shirt and did an egregiously adolescent and nauseatingly pretentious Wakanda salute when Black Panther actor Chadwick Boseman died. Yikes.

LeBron won the NBA championship in 2020 and nearly took the virtue signaling title too!

If the Academy Awards’ goal is to signal its virtue enough to make straight, able-bodied white men persona non grata in Hollywood, destroy cinematic quality and bankrupt the film industry, they are succeeding spectacularly. Bravo!

Imagine being so self-absorbed that you think making a video of you and your wealthy friends singing the saccharine anthem ‘Imagine’ from your mansions during a pandemic when ordinary people are suffering unimaginable-to-you hardships such as losing their jobs, their homes and their loved ones, is a really good idea.

I ‘Imagine’ a glorious utopia with no jackass celebrities or pathetically pandering corporations and certainly no virtue signaling. I know it will never happen, but it is a pleasant dream.

Congratulations to all the virtue signalers of 2020. Your grating, self-serving displays of phony virtue are a towering monument to your own shamelessness and self-righteousness.