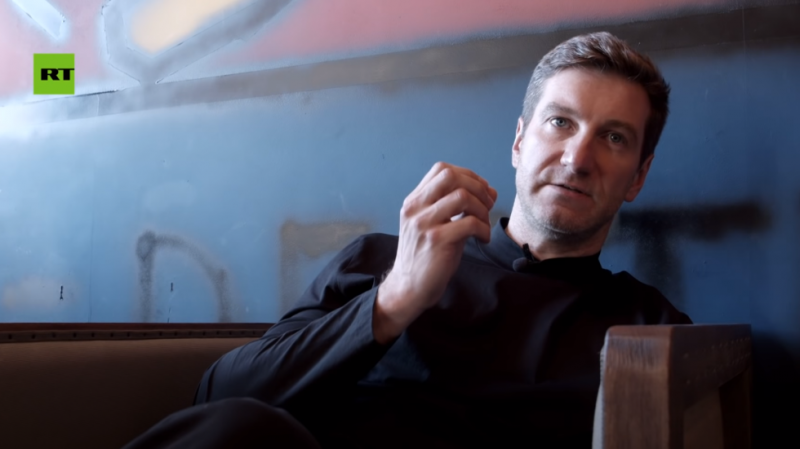 A year ago, I couldn’t even imagine that I would be writing this letter with my own hand. Back then, I would not have believed that it could be true. I’d have assumed it was all just propaganda targeting a ‘free’ Western company. Unfortunately, after spending the past year trying to work out different issues with YouTube Russia, I am forced to appeal to you as the ultimate authority, in our state. Hence, I am asking for your arbitration in this matter.

Right now, you are our only hope. Without your help, Russian YouTube users will not be able to see our product – in fact, it won’t even appear on their radar.

A year ago, when the coronavirus pandemic had just started, my team began to produce our Epidemic documentary series. The subject was so important that millions of viewers began to watch our films right away.

Millions of viewers watched the films on the Rossiya 24 [Russian rolling news] channel and RT’s social media pages – plus Facebook, VKontakte [Russia’s most popular social network], and, of course, on YouTube. The interview with Denis Protsenko, the head doctor of the Kommunarka [infections] hospital [in Moscow], got two million views overnight and was immediately blocked by an administrator, on the US-based service.

It caused a big controversy, if you remember, and the video was unblocked. But YouTube, it seems, then decided to deprioritize all of our content. Our videos started showing up less and less in search results and recommendations, until finally they stopped appearing at all.

We tried to approach YouTube and Google from a commercial standpoint. We thought maybe money could help us get back in the video-hosting platform’s good books. We cut production costs and redirected these funds to content promotion.

Then we tested it. None of our promo campaigns were approved by YouTube. We tried promoting very mild content, such as a film about [vocally liberal Russian] MP Oksana Pushkina, in which she talked with women who had experienced violence. Or a film about Russian parathlete Dmitry Ignatov – he lost a leg, and his dream is to one day travel around the globe on a yacht. He was once the face of an Apple campaign, and back then YouTube had no problem promoting it.

Finally, we tried promoting an interview with Deputy Mayor of Moscow Anastasia Rakova, in which she talked about Moscow’s effective response to Covid-19. This interview aired a few times on Rossiya 24 TV channel. Not only is it in compliance with Russian law, but it also helps to circulate accurate information about the pandemic and vaccination in our country and its capital.

However, YouTube’s moderators have turned down each and every one of these promos, saying it’s “sensitive content.”

We challenged these rejections dozens of times, we tried to reason with the management of Russia’s YouTube and Google offices, but to no avail.

This is why I’m reaching out to you now – we’ve lost all hope, and our patience has run out.

For a year now, they’ve been trying to silence us, and there’s nothing more we can do. We can’t fight back, and we can’t retaliate – we can’t even go underground.

For many months, we’ve been groveling in the dust, cajoling, and begging this American company for sympathy. All of this, simply so we can potentially have our audience back – and allow us to be seen again.

I could say it’s been ignoring us for a year now – but that’s not actually true. Throughout all these months, YouTube has been keeping a close eye on what we do, nipping in the bud any attempt to shine a spotlight on our work.

At the same time, we’ve seen how the Russian arm of YouTube has run an ad campaign to promote every single thing that Alexey Navalny and his so-called Anti-Corruption Foundation produce on a global scale. [Editors note – many in Russia have noticed that his videos have been prominently promoted, even alongside content which bears no relation to his messaging, such as children’s cartoons].

Mr. Lipov, I’m asking you and Roskomnadzor to look into YouTube’s unfair treatment towards a Russian state-funded content maker. We hope that your intervention will help to solve this conflict – not for the benefit of RT but for the wider Russian audience.