RT editor-in-chief says she will seek Facebook ban if RT’s Redfish page, removed after anti-fascist post, is not restored 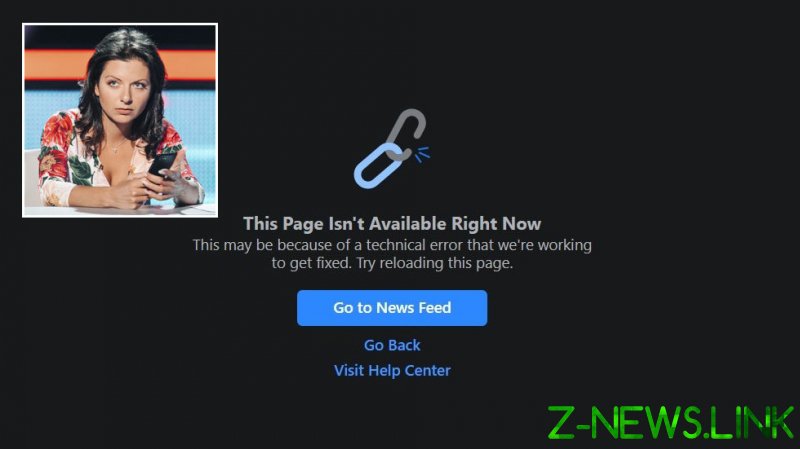 “It’s not quite clear what this ‘community’ found so insulting. Was it the Mussolini photo, the reference to Holocaust, or the very existence of the Redfish project, which the Western establishment has long been irritated about,” RT editor-in-chief Simonyan said in a social media post.

The strike for the upside-down Mussolini photo, which led to the suspension, isn’t the only one that the platform issued to Redfish this year. In January, Facebook took down a post that showed historic images of inmates of the Auschwitz death camp taken after its liberation. Redfish posted them to commemorate International Holocaust Day.

Redfish is an award-winning company producing videos on contemporary issues like social injustice, police brutality and oppression of third-world countries. Its Facebook page had over 830,000 followers at the time of its suspension.