Home / WORLD / Row as NGO Amnesty says Navalny not ‘prisoner of conscience’ due to far-right views & Western commentators claim RT is behind it!

Row as NGO Amnesty says Navalny not ‘prisoner of conscience’ due to far-right views & Western commentators claim RT is behind it! 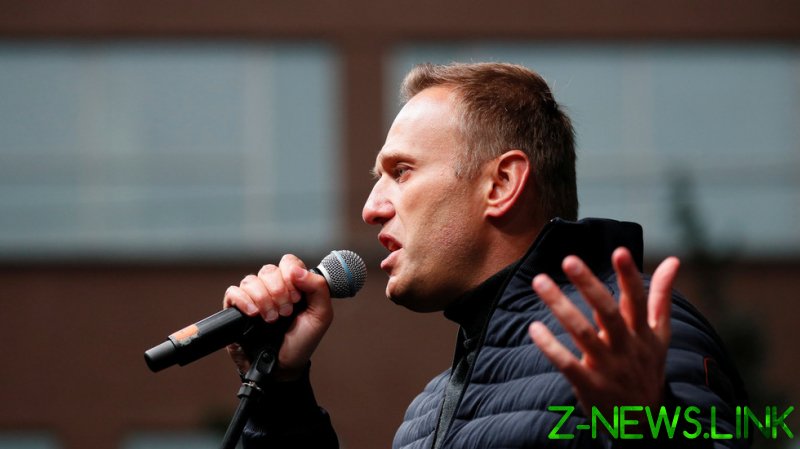 On Tuesday evening, a statement from Amnesty International was published by Grayzone journalist Aaron Mate. In it, the human rights group said that, “in light of new information that has emerged recently, [it is] no longer able to consider Alexey Navalny as a prisoner of conscience.” While they will continue to call for his release from prison, where he is serving a sentence for fraud, they said that the change in status was due to “the fact that he advocated violence and discrimination and he has not retracted such statements.”

Confirming the decision, the organization’s Russia and Eurasia media manager Aleksandr Artemyev said: “Yes, we will no longer use the phrase ‘prisoner of conscience’ when referring to him, since our legal and political department studied Navalny’s statements from the mid-2000s and concluded that they qualify as hate speech,” he told MediaZona.

The decision prompted a wave of recriminations online from commentators and journalists, many of them supportive of Navalny. Curiously, though, only some of the anger was aimed either at the anti-corruption campaigner’s previous statements, or at Amnesty International. The rest, somewhat surprisingly, was directed at RT.

An article on the decision was published by MediaZona and translated by Meduza, two online outlets that last week were included in leaked documents detailing how the UK government funds anti-Russia news coverage. Pointing the finger squarely at the ‘Green Menace’, journalists claimed to have spoken to a source within Amnesty International, who alleged that “‘people from RT in different countries’ could be behind this campaign.”

That conclusive and hard-hitting speculation was linked to a Twitter thread posted online by freelance journalist Katya Kazbek, who has written several columns for RT in the past. Somewhat amusingly, she previously also wrote for US state-run broadcaster RFERL’s Russian-language service Svoboda.

In her tweets, she argued that Navalny had a record of nationalist and xenophobic rhetoric, such as participating in the so-called ‘Russian March’, an annual gathering of far-right nationalists. He also appeared in a video in which he pretended to shoot a Muslim woman with a pistol, in a video advocating gun ownership.

While it was not immediately clear whether Kazbek’s viral tweets were a deciding factor in changing Amnesty’s position on the anti-corruption activist, commentators wasted little time in claiming it was a campaign organized by RT. Alexey Kovalyov, an editor at Meduza, which is based in Riga and has received Western funding, posted a series of Kazbek’s articles and asked for her “status” at RT.

Katya Bohdan, a journalist for Al Jazeera, summed up the state of efforts to associate RT – an outlet that publishes thousands of articles, op-eds, interviews, and features in a range of languages – with a campaign by one of its occasional contributors: “When people don’t realize freelance writers are not tied to the medium they write for. It’s in the word. Freelance.”

Public pressure over the status of Navalny as a political prisoner given his past record may hit a nerve for Amnesty, because of their own past experiences supporting opposition figures with questionable views. The London-based human rights watchdog previously coordinated efforts to pressure the government of Myanmar to free imprisoned opposition leader Aung San Suu Kyi.

She later won her country’s presidency, and Myanmar has since embarked on a bloody campaign against its ethnic Rohingya Muslim population that has triggered an investigation by the UN into a possible genocide. In 2018, Amnesty withdrew the human rights award it had bestowed upon Aung San Suu Kyi, “in light of the Myanmar leader’s shameful betrayal of the values she once stood for.” She was deposed by the military earlier this year.

However, some have argued that her brutal policies have been entirely consistent with her previous values, rather than changing once in office. Instead, cynics say, Amnesty and other Western groups backed the politician without understanding the full extent of her beliefs and with a one-dimensional view of the complexities of the country’s politics. Writing for the Guardian, Mary Dejevsky claimed that “the Myanmar leader’s fall from grace is partly because we made the mistake of putting her on such a high pedestal.”