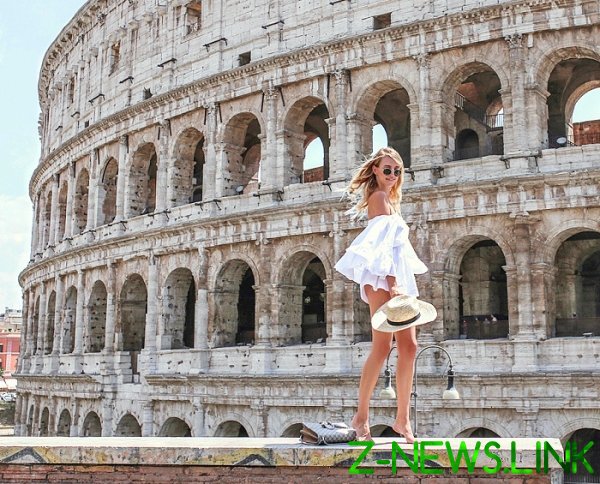 The recommendations of the office also apply to South Korea. Previously in all three countries dramatically increased the number of cases infected with coronavirus new.

Federal tourism Agency recommended Russian tour operators and travel agents to suspend the formation and sale of tours to Italy, South Korea and Iran due to the sharp increase in the number of cases of infection with coronavirus. A message posted on the Agency’s website.

In addition to package tours under the recommendation of the Federal tourism Agency, and subject to certain tourist services.

The Agency recommends “mandatory” to inform tourists about the current epidemiological situation in the three countries, as well as the procedures of modification or termination of the contract. The report said that in the circumstances the tourists “have the unconditional right to demand cancellation of the contract or changing its terms.”

Russian tourists, the Agency recommended not to leave the territory of hotels in Italy, Iran or South Korea, except transfers to the airports or exit from the country.

In Tez Tour company RBC said that in the near future on the website of the tour operator will be suspended the sale of tours specified by the Federal Agency for tourism of the country. “Taking the same actions and on the situation with China. Tourists can choose another destination or to cancel the tour with full refund” — said the press service.

“In accordance with the official disposal of the regulator suspended the sale of tours to Iran and Italy. Tours to South Korea at the “Intourist” was not on sale. Additional comments will be announced separately on the website of the tour operator, in the section “company news” in the near future”, — have informed RBC in the press service of “Intourist”.

In late January, the Federal tourism Agency has issued the same recommendations on tours to China.

Italy is one of the popular vacation destinations among Russian tourists. According to the FSB border service, in 2019 Italy for tourism visited 966,9 thousand Russians. The number of tourists has increased over the year by 20%, and last year there came 1.3 million Russians. For comparison, most Russians visited the country of Turkey last year rested 5.3 million Russian tourists (only a year there came to 6.9 million Russians). The statistical service of Italy data only available for 2018, according to which for the full year, the Russians have made there 1.6 million tourist trips, and in February and March, arrived in the country of 81 million and 113.5 thousand Russian tourists, respectively.

The majority of Russians organized their trip to Italy alone, the proportion of those who buy tours at tour operators — about 35% of the total tourist arrivals, from the data of Association of tour operators of Russia (ATOR). Now, according to ATOR, Italy may be about 20 thousand tourists from Russia, of which only about 6-7 thousand have come into the country through tour operators. Most tourists have a rest in Rome, as well as at ski resorts or are located in tours in several Italian provinces.

South Korea in the number of mass tourism destinations among Russians is not included in this country over the past year has arrived, according to FSB 167 thousand Russian tourists — 10.4% more than in the previous year. Tourists: only half of Russians visiting South Korea: this country last year on business trips, at work, school and other goals came 323,7 thousand citizens of Russia. According to the National tourism organization of Korea, for eleven months of 2019 visited the country 316,5 thousand Russians (growth of 13.2%) of them in February last year, 20 thousand people, and in March to 27.9 thousand Russia, according to Korean statistics, not included in the top ten countries, where South Korea comes to most tourists (in the first place China).

Iran is a country where the number of tourists from Russia is insignificant: for the four quarters 2019 there, according to the FSB border service, with the purpose of tourism came only 2.7 thousand Russians, the number of tourists increased in comparison with 2018 8.3%. All in all in Iran over the past year has been for different purposes 22.9 thousand Russians. For Iran, however, important Russian tourists: Russia enters the second priority group of countries in the rating of marketing and advertising of the Ministry of cultural heritage of Iran, where authorities plan to attract tourists.

However, tour operators report that they receive multiple requests of cancellation of tours in Italy from those who already bought a ticket, but haven’t went on vacation. This is also stated in the message ATOR.

At the moment the flights from Russia to Italy carry out “Aeroflot”, “Russia”, “Victory”, S7, Ural airlines, Utair airlines and Alitalia. RBC sent requests to airlines.

Previously, “Aeroflot” has informed RBC that the passengers started to return previously purchased tickets to Italy, South Korea and Iran, but noted that the amount of the refund will be assessed only on the actual loading of the aircraft.

Recommendations of the Federal tourism Agency came after Italy, South Korea and Iran sharply increased the number of people infected with coronavirus new. On the eve of the Russian foreign Ministry has advised to temporarily refrain from trips to these countries, and within their territory compatriots to pass your contact details to the Russian Embassy.

From March 1, Russia restricts flights from South Korea due to the spread of the coronavirus, said Wednesday the Deputy Prime Minister Tatiana Golikova. The ban will affect all airlines, except for Aeroflot and its subsidiary, Aurora. The latter will be able to fly to Korea for as long as I get all the Russians, Aeroflot will fly to Moscow, and citizens coming from the Republic, will also pass through the terminal F of the Sheremetyevo airport,” wrote Deputy Prime Minister.

In S7 called the ban a “gross violation of competition in the airline industry”. Later in the press service of the Federal Antimonopoly service told RBC that the FAS will carry out monitoring of the prices of the tickets so as to result in falling profits of airlines in foreign markets was not raised prices on domestic routes.