Home / WORLD / Rose McGowan tells Democrats they are in a cult, and their whining, defensive responses prove her right

Rose McGowan tells Democrats they are in a cult, and their whining, defensive responses prove her right 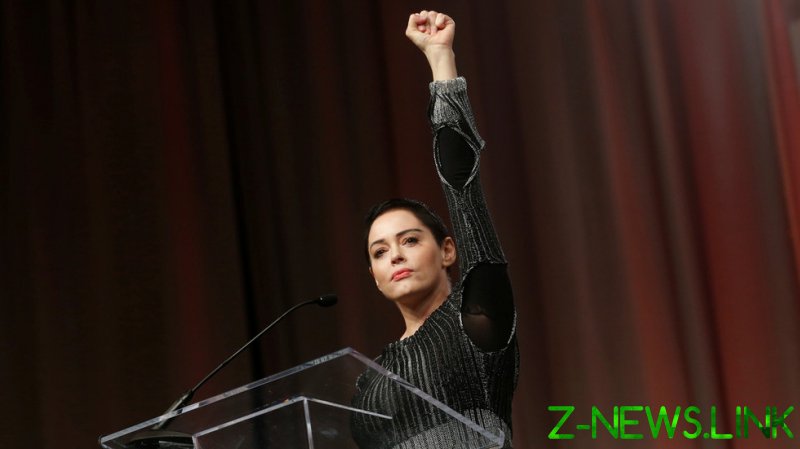 McGowan shocked many on Monday evening when she appeared on Fox News, which in and of itself could be viewed as the sort of political declaration that ends careers.

The ‘Charmed’ actress and early MeToo activist shared her experience of growing up in a cult and how that experience made her realize the divisive rhetoric she was supporting when she’d labeled herself a Democrat.

“I grew up in a cult. It was a very famous cult called ‘Children of God’, and it gave me a superpower,” she said. “It gave me the ability to see the control and the propaganda machine, especially in the US, for what it is, and how it harms people. And how the left can harm people just as much as the right, if they go very, very deep into it and ignore all the other aspects of reality.”

Democrats, especially, are in a “deep cult” that they’re unaware of, the actress added, and they’re “pretty much against all the same things” and “masquerade as the helpers” while initiating little to no change.

While most coverage of and reactions to McGowan’s comments have focused on her ‘triggering’ words about Democrats, her point was much simpler: “Look at your belief systems and get free.”

In other words: ditch political labels.

In a country that essentially provides support for only two political parties and a mountain of hoops for other parties to jump through just for a seat at the kids’ table, McGowan’s message is a worthy one. Saying politics has bled into every aspect of life and created a partisan bitterness that is feeding cancel culture trends (or consequence culture, if you talk to the wokies) is a cliché at this point. Reactions to McGowan’s appearance only prove this further, and, ironically, Democrats’ outraged responses to being told by McGowan they are in a cult prove she’s absolutely right.

After her Fox News adventure, McGowan was swiftly labeled too radical by liberal critics, and her message was lost on Democrat supporters, who pointed to the Republicans as a worse party and the true cult, ignoring the fact this was part of the point she was making. On the good news front, though, Keith Olbermann blocked her – after he claimed Fox had “used” her – so she can exempt herself from ever seeing again his rage-fueled, spittle-laced rants against everything that is not woke.

Not everyone has been critical of McGowan, with some rightfully pointing out that her bizarre trajectory from celebrated MeToo activist calling out predators such as Harvey Weinstein to maligned actress dismissed for expressing opinions inconvenient to Democrats can be chalked up to exactly the sort of “deep cult” mentality she is speaking about now.

The treatment of McGowan comes down to the fact that she makes Democrats uncomfortable. As a woman and a MeToo activist, she is expected to act and behave in a certain way. She’s not supposed to attack the ‘good guys’ or speak to the ‘bad guys’ or call out ‘allies’ and hypocrites on the left, such as Alyssa Milano. A woman who is a trailblazer and has shared her painful experiences at the hands of predators seems like the sort of person Democrats would celebrate today, and they do – when it’s convenient and said person believes the right things. It’s why a 62-year-old white man preaching to a woman about why she’s wrong about everything and he’s right would typically be chalked up to white privilege, or sexism, but when Olbermann does it, he’s simply reminding McGowan of the consequences of her beliefs and trying to keep her in line.

People like McGowan break the symbols Democrats have conjured up to describe their political enemies. It’s why racist attacks on people such as Candace Owens and others are dismissed by them. Instead of choosing to listen, they feel their tribe is being threatened, so they unleash what they think is righteous anger. Lots of cultists probably feel righteous, too, when they’re defending a belief system that controls how they think.

Maybe it was down to her childhood in the cult or her experience of seemingly having lost support on the left as she continued to speak up and refused to be silenced after sharing her MeToo experiences, but McGowan is right: the system’s not working.

Cultural bitterness aside, the last two presidential elections have presented us with three candidates, all of whom were disliked by a majority of voters, according to polling.

The days of one tribe versus another have reached a point where something needs to break, with more and more people like McGowan finding themselves ditching cultist labels and living in the middle, where actual conversations can be had.

Judging by the reactions to her Fox appearance, not many of McGowan’s Democrat friends will be joining her in the middle, but they’re exposing themselves as the cult that they truly are.