Ronaldo names the man he wants to replace Solskjaer 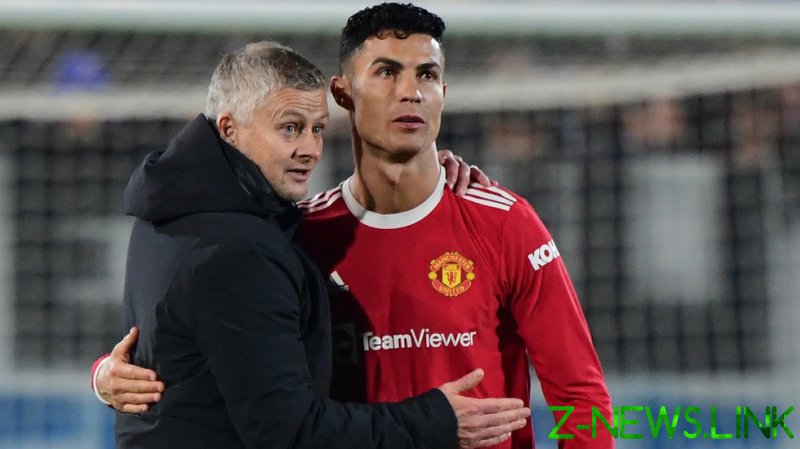 The most high-profile signing of the troubled final months of Solskjaer’s tenure had another day to forget on Saturday, stretching his run without a Premier League goal to almost four hours as Manchester United lost 4-1 at Watford.

That proved to be Solskjaer’s final game in charge after the beleaguered boss was officially axed on Sunday morning following a dismal sequence of results that has included a downturn in Ronaldo’s form.

Ronaldo scored three times in two league matches after joining United at the end of August, only to manage a solitary goal in seven domestic appearances since then.

The Portugal captain is said to have believed shortly after rejoining the club that Solskjaer was not the man to lead United to glory, and the hugely influential striker now reportedly wants one of the most successful bosses in European football to become manager.

The Spain coach won nine trophies during his management of Barcelona between 2014 and 2017, including the Liga title in three consecutive seasons and the Champions League in 2015.

Although he is yet to win honors with Spain, La Roja are known for the eye-catchingly slick style with which Enrique has continued their penchant for free-flowing passing and attacking football.

Five-time Ballon d’Or winner Ronaldo, who was spotted appearing to coach his team-mates from the touchline during their shock Champions League defeat to Swiss side Young Boys in September, is ‘keen’ for Enrique to be given the role, according to Sky Sports.

Enrique has not been widely named as a top contender for the job, with former Real Madrid boss Zinedine Zidane, Leicester coach Brendan Rodgers and Lokomotiv Moscow chief Ralf Rangnick thought to be the most likely candidates to take over.

The 51-year-old became Spain supremo after his nation lost in the round of 16 to hosts Russia at the 2018 World Cup.

The former Roma and Celta boss is rumored to be interested in speaking to United, although he would miss out on leading Spain to the 2022 World Cup in Qatar next winter by accepting any potential offer.

United have said they are looking for an interim manager until the end of the campaign. Rookie coach and former Red Devils midfielder Michael Carrick has been placed in temporary charge.

Whoever takes over is likely to have to deal with the influence of ‘super-agent’ Mendes.

Ronaldo’s representative had been “reassured action was underway” to remove Solskjaer by United’s board, according to an MEN report which also claimed that outgoing executive vice chairman Ed Woodward is “in thrall” to Mendes.

“Ronaldo had quickly concluded United would not succeed as long as Solskjaer was manager but implored teammates to remain professional and respect Solskjaer,” the report said, likening Mendes to fictional mobster Tony Soprano, with Woodward as one of his juniors.

Solskjaer’s staff are said to have been tearful as he left Watford’s Vicarage Road stadium following United’s latest hammering on Saturday, having apologetically waved to despondent fans from the pitch after the mauling.

Ronaldo’s agent reportedly undermined the coach behind the scenes, with Solskjaer’s departure said to have initially been decided upon after United’s limp 2-0 home defeat against arch-rivals Manchester City on November 6.

Among the other details in the account, Solskjaer is said to have been regarded as a ‘soft touch’ by players and had his starting lineup discovered by then-Tottenham boss Jose Mourinho before Spurs thrashed United 6-1 at Old Trafford in 2020.

Playmaker Bruno Fernandes reportedly took aim at England defender Harry Maguire – who was sent off during the Watford debable – at half-time of that defeat, with midfielder Nemanja Matic also said to have been involved. Both Fernandes and Matic were substituted by Solskjaer.

Some United players felt record signing Paul Pogba should have been allowed to leave the club, according to the MEN, which said that Pogba’s cousin, who represents fringe player Jesse Lingard, criticized Solskjaer for his team selection before the 5-0 battering at home to Liverpool on October 24.

The portrait of discontent and mutiny also claimed that Guido Albers, who was midfield outcast Donny van de Beek’s agent at the time, liked Instagram posts about United’s struggles under Solskjaer.