Ronaldo joined the Portugal national team for the match with Ukraine 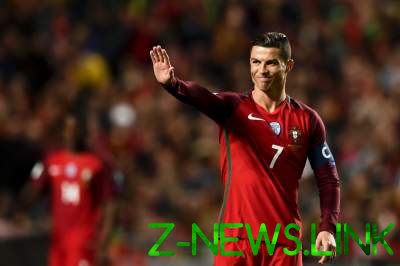 Cristiano Ronaldo headed Portugal’s bid for the starting matches of selection for Euro 2020.

Head coach of Portugal Fernando Santos for the qualifying matches against Ukraine and Serbia has caused 24 players, including five-time winner of the “Golden ball” from “Juventus” Cristiano Ronaldo, who has not played for the national team since last year’s world championship in Russia.

It should be noted that in the composition of the matches with Ukraine and Serbia did not get Gonzalo Gades, a goal which on the eve brought Valencia in the quarter-finals of the League
Europe. No in the application and the Bayern midfielder Renata Sanesa.

See also:  It became known, how many there are in Ukraine "cool" license plates

The Portugal team for the matches with Ukraine and Serbia:

The qualifying match of Euro 2020 qualifier between Portugal and Ukraine will be held March 22, in Lisbon. March 25, the Portuguese will take Serbia.