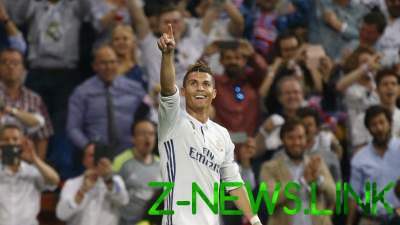 Striker of real Madrid and Portugal’s Cristiano Ronaldo is named player of the year by the International football Federation.

In the fight for the title of player of the year by FIFA Ronaldo surpassed Lionel Messi (FC Barcelona) and Neymar (Barcelona/Paris). The Portuguese received the award from the hands of Diego Maradona. Ronaldo became the five-time world best player by FIFA. Earlier, the Portuguese has won the award in 2008, 2013, 2014 and 2016.

Among goalkeepers said the goalkeeper of Juventus and the Italian national team of Gianluigi Buffon, who helped his club to win Serie a and reach the final of the Champions League. Buffon competition in this category was Manuel Neuer (Bayern Munich) and keylor Navas (real Madrid).

See also:  Named the most useful products for arthritis

Coach of the year was the French coach of real Madrid Zinedine Zidane, under whose leadership the “Cream” became the first club that managed to protect the status of the winner of the Champions League. Zidane also won with real Madrid the Spanish League, the UEFA super Cup and Spanish super Cup. In addition to Zidane on
award was claimed by two Italians – Antonio Conte (Chelsea) and Massimiliano Allegri (Juventus).

Symbolic team of the season according to FIFA:

The author of the best goal of the year FIFA became the striker, Arsenal and France national team Olivier Giroud: