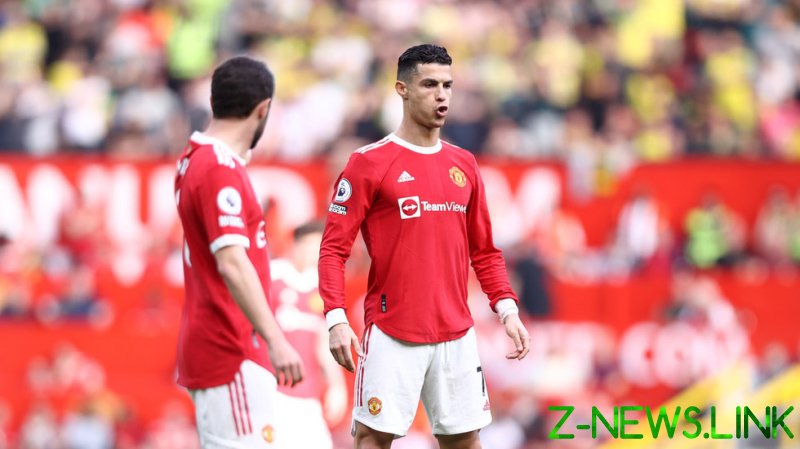 Manchester United ace Cristiano Ronaldo is set to be paid a cool $1 million by the club after passing a milestone with his 60th career hat trick.

Amid fan protests before and during the match, the Red Devils blew a two-goal lead at home to relegation-threatened Norwich in the Premier League until Ronaldo had the last laugh 14 minutes from time.

With his first successful free kick in almost two years, the 37-year-old completed his hat trick but didn’t only seal a 3-2 win for the hosts that moved them within three points of fourth-placed Tottenham.

Enriching himself even more, Ronaldo took his tally to 21 goals for the season which means he has passed 20 and is due a £750,000 ($980,000) bonus as agreed when he joined from Juventus approaching deadline day in the last summer transfer market.

Furthermore, as the landmark was surpassed via his 50th club hat trick and 60th overall, Ronaldo will be paid another £100,000 ($130,000) for the three goals taking his total windfall to around $1.1 million.

Never one to rest on his laurels, however, with securing United qualification for the Champions League a primary aim, Ronaldo will now be paid £100,000 ($130,000) for each additional goal he scores.

As compatriot Bruno Fernandes trails him on nine, Ronaldo is almost nailed on to finish as United’s top scorer this season which will bag him an extra £1 million ($1.3 million). But hitting 30 goals to net around $3.5 million in total payments seems a tall order with just six games remaining this term.

“I don’t think we need to speak about Ronaldo’s performance today,” said interim coach Ralf Rangnick in a post-match interview on Saturday.

“Another hat trick, like the one he scored against Tottenham, made the difference. And at least two of them were not easy to score, the second and third,” the German added.

Set to be replaced by Ajax’s Eric ten Hag in the summer, Rangnick would not be coaxed into commenting on reports that Ronaldo does not fit into the Dutchman’s plans in 2022/2023 with 12 months to run on his current deal.

“In the end it is not my decision,” Rangnick said. “He has another year of his contract and it’s one for the new manager and board to take on. 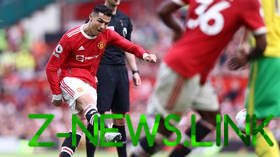 “But he showed against Tottenham and today how he can be the difference. It’s no coincidence he has the highest scoring record of anyone in history,” Rangnick concluded.

Addressing his latest feat on Instagram, Ronaldo wrote to his 427 million followers that he was “very happy with this win and for getting us back on track in the Premier League”.

“Like I said before, individual achievements are only worth it when they help us reach our goals as a team, and the 60th hat trick in my career is so much more important because it brought us the three points.

“Well done, lads, tremendous effort from everyone. We’re not giving up, we’re fighting until the end!” Ronaldo vowed.