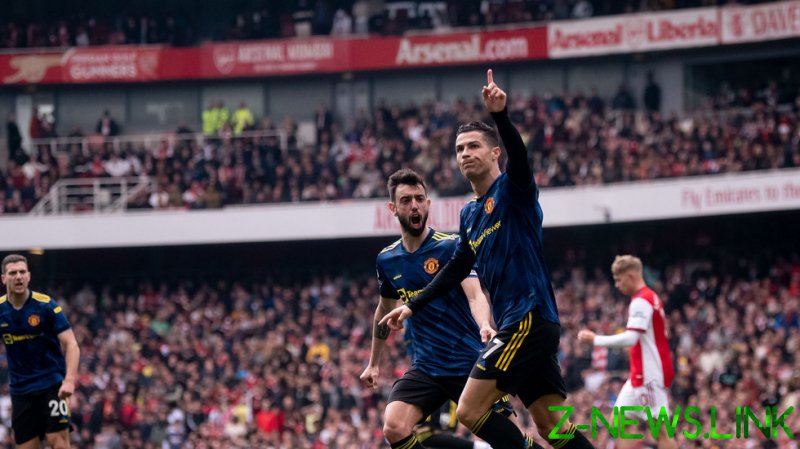 Cristiano Ronaldo netted his 100th Premier League goal for Manchester United on Saturday and then dedicated the strike to his baby son who tragically passed away this week.

The 37-year-old returned to action for the first time since revealing the heartbreaking news with partner Georgina Rodriguez on Monday.

Excused from Tuesday’s 4-0 loss to bitter rivals Liverpool, whose fans applauded him in the seventh minute as part of a touching tribute, Ronaldo ran out for the Red Devils at the Emirates this afternoon in a clash that was vital to both teams’ Champions League qualification aspirations.

Arsenal fans clapped Ronaldo again at the same mark and during the warm-up. But unfortunately for the Mancunians, their north London hosts pulled 2-0 ahead with just 32 minutes gone thanks to goals from Nuno Tavares and Bukayo Saka.

In the 34th minute, however, the five-time Ballon d’Or winner pulled one back which allowed him to dedicate the strike to his baby son.

Sadly pointing and looking to the skies, Ronaldo also entered the record books by becoming the first man to score 100 goals in both the Premier League and La Liga.

Bagging 84 goals for Manchester United in his first spell at the club from 2003 to 2009, Ronaldo has notched 16 league goals in his second stint since rejoining them from Juventus last summer.

In between this, however, he hit the back of the net on 311 occasions at Real Madrid where his total 450 goals in all competitions saw him surpass the likes of Alfredo Di Stefano and Raul as the Spanish giants’ all-time top scorer.

Ronaldo couldn’t help United comeback any further into the tie, however, with his the only goal of their afternoon as Arsenal won 3-1. 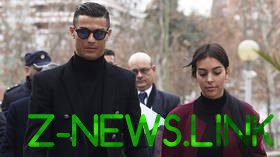 Due to the defeat, interim coach Ralf Rangnick’s sixth-placed men are now six points behind fourth-placed Arsenal, who occupy the last Champions League qualifying spot and have played a game less than United.

United’s next match is no easy prospect either given it is against Thomas Tuchel’s Chelsea on Thursday, and each passing week outlines the enormity of the task newly-appointed coach Erik ten Hag, who will take over in the summer, has ahead of him to turn them into winners again.

Reports have claimed that “luxury” player Ronaldo does not feature in the Dutchman’s plans next term. At the same time, however, it is highly unlikely that Ronaldo will want to stick around at Old Trafford to star in the inferior Europa League or not have continental football at all.