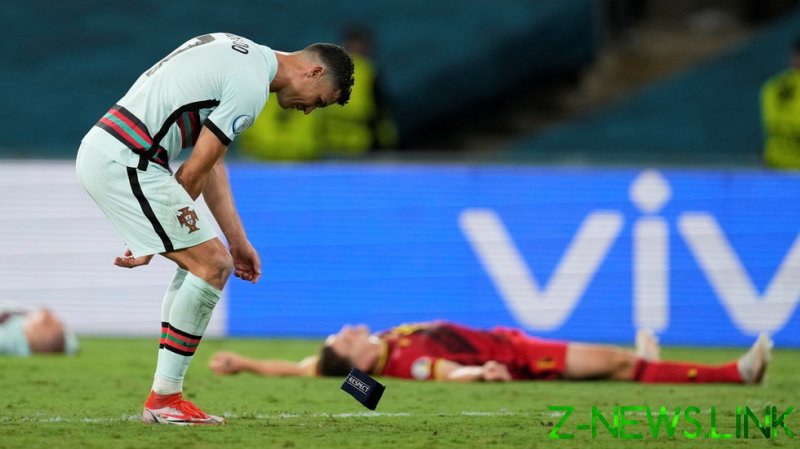 A 1-0 defeat to Belgium meant that holders Portugal crashed out of Euro 2020 at the last 16 stage in Seville.

Save for a free-kick that tested Thibaut Courtois in the first half and a decent attempt at an assist that Diogo Jota squandered in the second, the 36-year-old Ronaldo was ineffective and could not surpass Ali Daei’s all-time international goalscoring record.

As Thorgan Hazard blasted a swerving shot past Rui Patricio in the only successful strike of the evening, the Belgians advanced to a quarter-final date with Italy in Munich on Friday.

Yet Portugal did have their chances overall.

There were 23 of them in total, a tournament record for the most shots in a Euro 2020 without return.

At full-time, Ronaldo, who may never feature in the competition again due to his advancing years, could not contain his emotions and threw the captain’s armband to the ground in disgust and disappointment.

It is the second time in recent months that Ronaldo carried out the act after having a goal disallowed against Serbia in a World Cup qualifier, football fans reacted to the incident online.

“What’s wrong with this guy?” asked one.

“The guy has no shame,” said another.

Someone else called it “disrespectful behavior” and added: “No player should be able to get away with this, I don’t care how good he is, nothing in football is bigger than being the captain of your national team.” 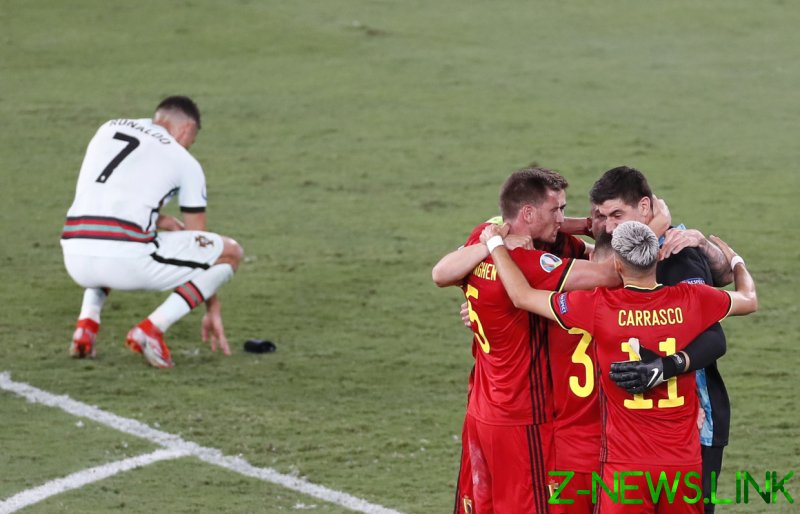 But perhaps CR7 shouldn’t be piled on too heavily for venting his frustrations.

One of the first to check on Kevin De Bruyne when the Manchester City attacking midfielder was eventually brought off injured following the interval, Ronaldo also shared what was described as a “moment of respect” with Belgium’s Romelu Lukaku at full time.

Despite being pipped by Lukaku at club and international level this year given that the Belgian’s Inter Milan side beat Juventus to the Serie A crown, Ronaldo was still a good sport with his rival and more gracious in defeat than the armband incident suggested.