Ronaldo again has demanded from “real” transfer to another club 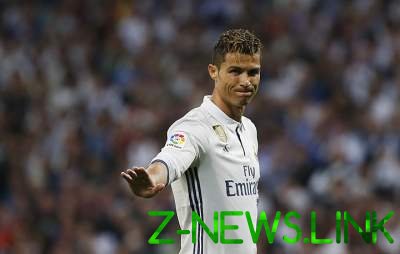 Portuguese star striker Cristiano Ronaldo declared to the leadership of the “real” about the desire to change the club.

In conversation with the President “real” Florentino Perez Ronaldo again demanded a transfer. About it, referring to the Spanish TV show “El Chiringuito”, according to “Sky Sports”.

The Portuguese are dissatisfied with the negotiations with real Madrid about a new contract. “Creamy” is not willing to increase the salaries of the 32-year-old striker, who has been a game slump.

Excites Ronaldo and the fact that real Madrid in the summer of 2018, is planning to put 200 million euros on the signing of a new striker.
Cristiano believes that the club’s management this step casts doubt on its status as a leader.

The current contract Ronaldo with real Madrid is designed by 2021. Portal “Transfermarket” evaluates the four time winner of the Golden ball at 100 million euros.

Cristiano Ronaldo plays in Real Madrid since July 2009. In all competitions, the Portuguese has played 407 matches, scoring a record in the history of the club 414 127 goals and giving assists.