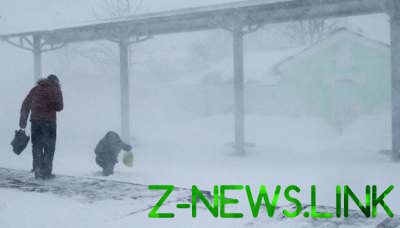 Video of the raging elements appeared in social networks.

The storm paralyzed life in the vicinity of this region.

Emergency services Romania are on high alert, utilities remove snow from roads. But under forecasts of weather forecasters, a snowstorm in the near future will only intensify.

In 14 regions of the country remain on yellow alert of meteopole, five orange.

Last weekend in Romania was struck by a strong storm. The effects of the weather felt the residents of 212 settlements of 15 counties (Alba, Arad, Bihor, Bistrita-Nasaud, Brasov, Cluj, Karash-Severin, Hunedoara, Harghita, Iasi, Maramures, Mures, Suceava, Timis and Salaj). In addition, the authorities of this country reported 150 wounded and several killed.

The Romanian meteorologists have warned that the coming winter will be very harsh, and this should be done.

The current head of the society of meteorologists Romania ion Sandu predicts that the expected hazardous weather phenomena across Europe.