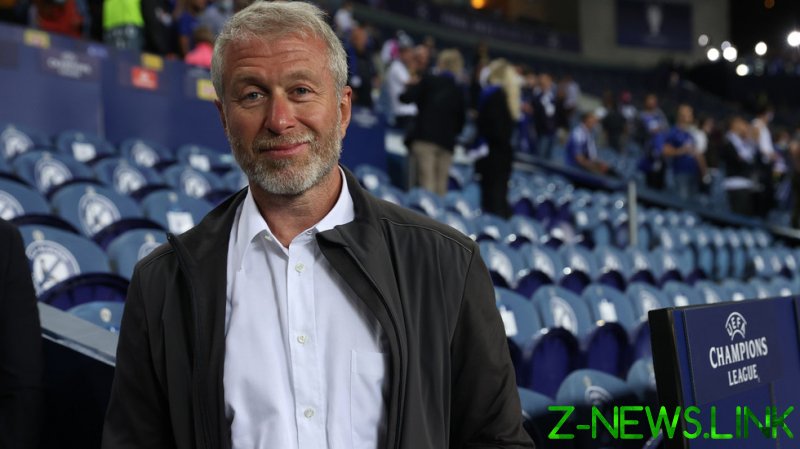 A statement from the club published on their official website read: “Roman Abramovich has completed the sale of Chelsea Football Club and related companies to an investment group led by Todd Boehly and Clearlake Capital.

“This sale process commenced on 2 March, when Mr. Abramovich announced his intention to sell the Club after 19 successful years of ownership. In selling the Club, Mr. Abramovich stipulated that the new owner must be a good steward of the Club, the net proceeds of the sale must be donated to charity, and that he would not seek the repayment of loans made to affiliates of the Club.

“Following this announcement, the Board of Directors and senior staff at the Club immediately commenced work on the sale transaction. Raine, a global merchant bank chosen by the owner to run the sale process, has significant expertise and experience advising premium sports clubs on mergers and acquisitions and advised the owner and the Club in the process.”

Monday’s confirmation of the takeover follows a reveal on Saturday during which the club said that Boehly and private equity group Clearlake Capital were on the verge of sealing the deal to purchase the club, several weeks after Abramovich put the club up for sale shortly after the onset of the Russian military campaign in Ukraine.

The club subsequently became entangled in sanctions placed upon Abramovich by the UK government, who described him as a “pro-Kremlin oligarch“, and faced various restrictions such as a financial cap on expenditure.

They were permitted to continue operating after being given a special license by the UK government which was due to expire in the coming days – which became a de-facto deadline for the sale to be completed.

“We are honoured to become the new custodians of Chelsea Football Club,” said Boehly, who is the part owner of the baseball team the Los Angeles Dodgers. “We’re all in – 100 per cent – every minute of every match.

“Our vision as owners is clear: we want to make the fans proud. Along with our commitment to developing the youth squad and acquiring the best talent, our plan of action is to invest in the club for the long-term and build on Chelsea’s remarkable history of success.

“I personally want to thank ministers and officials in the British government, and the Premier League, for all their work in making this happen.”

Boehly and his partners reached an agreement to buy Chelsea on May 6 for a sum of £4.25 billion ($5.4 billion). The consortium will pay £2.5 billion ($3.15 billion) for shares in the club, with the additional proceeds from the sale going into a frozen bank account and eventually a foundation to aid victims of the situation in Ukraine.

The completion of the sale brings to a close by far the most successful period in Chelsea’s history. Under Abramovich’s stewardship Chelsea won every possible trophy available to them, including five Premier League titles, five FA Cups, two Champions Leagues and two Europa Leagues.

The club’s statement added that they received more than 250 enquiries from potential bidders, with 12 of them being deemed as credible before Boehly’s bid was announced as the ideal choice.

Attention will now turn to summer spending, with Boehly expected to oversee an assault on the transfer market in a bid to close the gap on Premier League pacesetters Manchester City and Liverpool.

The statement from the club closes with one last tribute to their now former owner: “And, OF COURSE, [we would like to thank] Roman Abramovich for 19 amazing, unforgettable years.”