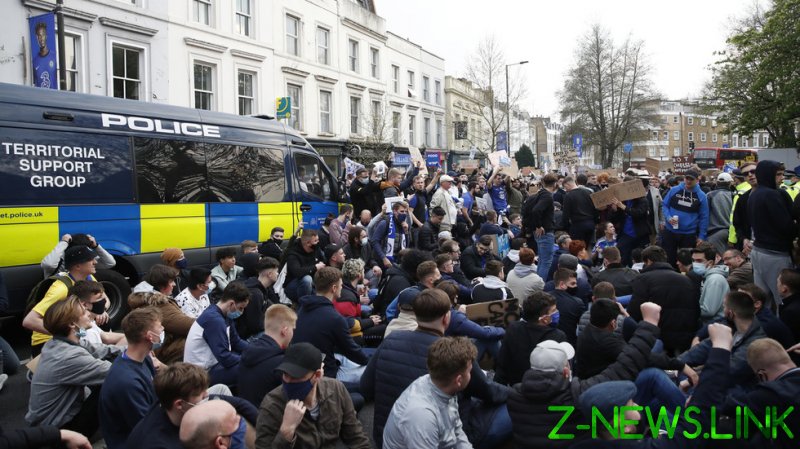 Fans had turned on Chelsea and Russian owner Roman Abramovich ahead of their Premier League fixture on Tuesday, with some taking to the roads around the stadium to express their disgust at the proposals before the visit of Brighton to Stamford Bridge in the Premier League on Tuesday night.

Crowds were filmed shouting obscenities about the Super League and its vice-president, Real Madrid president Florentino Lopez, just as the news broke that the club was “preparing documentation” to ditch the hugely controversial plans.

Abramovich is said to have overseen the decision. “[He] decided Chelsea could not go ahead with joining the ESL and, together with the board, he gave the green light for the club to start preparing documentation to pull out,” Matt Law, the football correspondent for UK newspaper the Daily Telegraph, tweeted.

Chelsea goalkeeping legend Petr Cech was seen remonstrating among the crowds amid the chaotic pre-match scenes, shouting “let the bus go in” while surrounded by police.

“I couldn’t drive in – the police told us not to,” said former Arsenal forward Alan Smith. “Fair play to Petr Cech for trying to calm them down and get a game of football on. I’d love to see Arsenal withdraw tonight. I’d love them to make a statement.

“It’s only been 24 hours and they’ve folded already, some of these clubs. I just cannot believe they would be surprised by the amount of [protests].”

Chelsea diehards claimed that they had launched the collapse of the ill-received Super League, with Manchester City and Atletico Madrid swiftly reported to be following suit.

Chelsea boss Thomas Tuchel, who had pleaded with journalists to understand that he was “not part of the board” and “not involved in these decisions” in his press conference on Monday, appeared to echo accusations that the Super League would lack a competitive element, with established leading clubs all-but guaranteed qualification in the new competition while the route in for new challengers was narrowed.

“I spent the last 45 minutes on the bus, waiting to be allowed to come to the stadium,” Tuchel told Sky Sports after kick-off was delayed by 15 minutes because of the disruption outside.

“I don’t know anything about that. I’m in a super-competitive club, and that’s why I’m here and I was super-excited to join the club.

“I trust the club and it’s all about competition. That is what I feel in the dressing room. This is what everybody feels when they watch our team play.

“We were fighting so, so hard to get to the Champions League semi-final. We were giving everything in the FA Cup, this most traditional cup.” 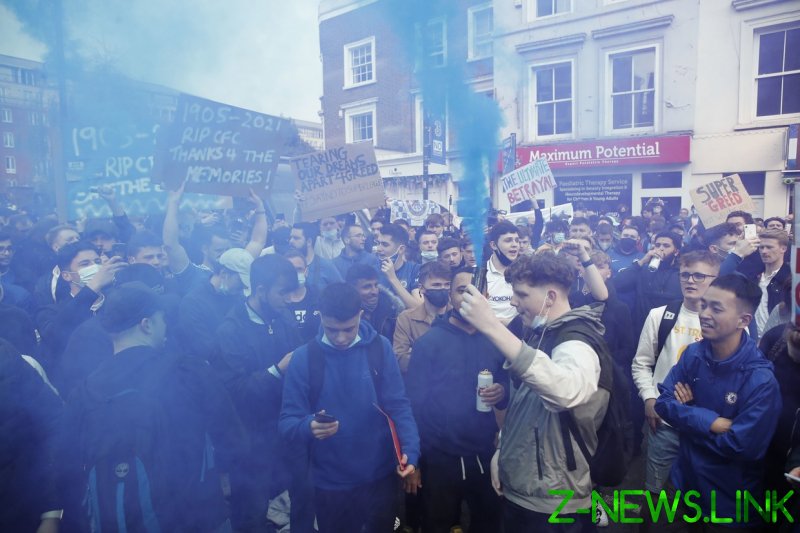 Tuchel repeated Liverpool coach Jurgen Klopp’s admission that he had not been informed about the European Super League by his club’s board of directors.

“I’m not aware of any of the politics: I was not aware, I’m still not aware. I don’t know enough. 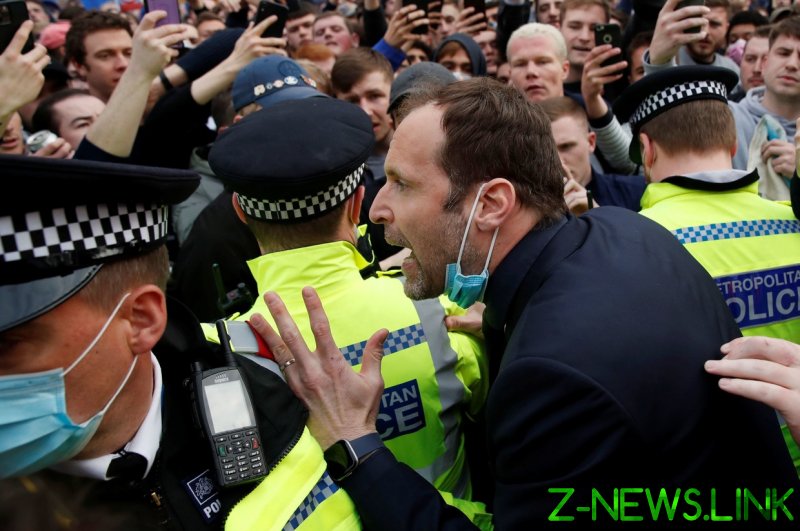 “I trust the club that they take decisions in the consideration that we embrace competitive sport.”

The 12 clubs initially made a 23-year commitment to the league, with Chelsea said to have opted to leave because they feared that the fiasco would overwork the positive community work the club had spearheaded during the pandemic.

Premier League leaders Manchester City and LaLiga giants Atletico Madrid were swiftly reported to have followed suit in deciding to leave the league following a barrage of criticism from figures within and outside the game since the proposals were announced late on Sunday. 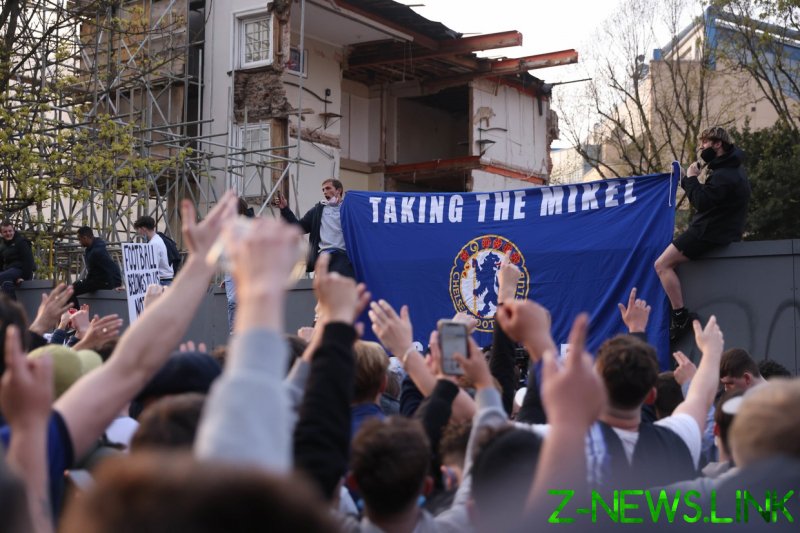 Although no-one from Chelsea apart from Tuchel had publicly commented on the plans since the announcement that the club would be participating, Tuchel and his players would inevitably have seen their media duties dominated by questions about the league before and after the Brighton game.

“It’s a bit annoying and a bit frustrating,” Tuchel said of the passionate protests. “From Monday, we wanted to create the momentum and atmosphere of focus and concentration and be ready after a tough week in the Champions League and FA Cup. 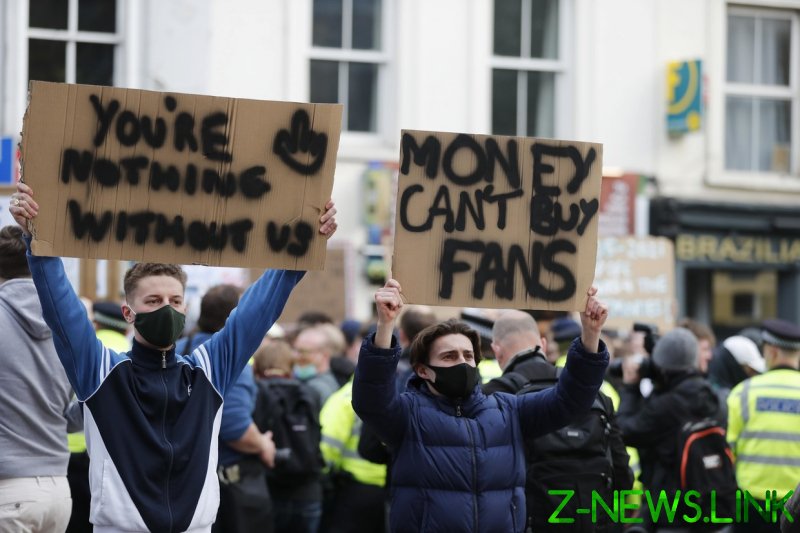 “We wanted to create full focus on this game against Brighton and [the next] game, against West Ham, because it’s a crucial, crucial week for us. We are in the race for the top four [in the Premier League] and it’s in our hands.

“There was no way of doing that because it’s too much. It’s out of our hands. It was not our fault. It was a distraction. It’s no excuse, but we had to accept, in my opinion, that we are a bit distracted. 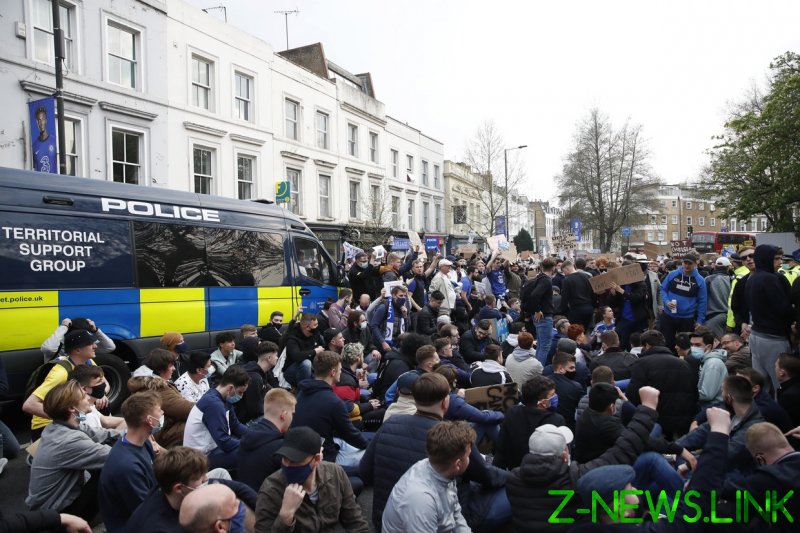 “That’s a different kind of preparation. Now, hopefully, we can enjoy the time out on the pitch and perform, nevertheless.

“We allowed the players to be a bit distracted. We allowed them to talk about. I didn’t think telling them only to concentrate on the game would help them.

“There are too many things going on. The captains talk to each other, the players are involved in this. You have to accept it.

“The bus had a delay – it is not normal, so I did not feel that I should pretend that everything is normal. If we have opinions to share, we do this behind closed doors.”

Klopp labored to remain diplomatic about an idea he had previously dismissed after his side drew 1-1 at Leeds on Monday, while his captain, James Milner, admitted he “did not like” the plans.

Earlier in the day, an innocuous post on Chelsea’s Facebook page about the match had been greeted with promises from hundreds of fans that they would no longer be supporting the two-time Champions League winners and even hoped they lost the game.

A UEFA executive said on Monday that they expected Chelsea to be expelled from this season’s competition, in which they are due to face Madrid in the semi-finals, following an emergency meeting at the administrative body for European football on Friday.