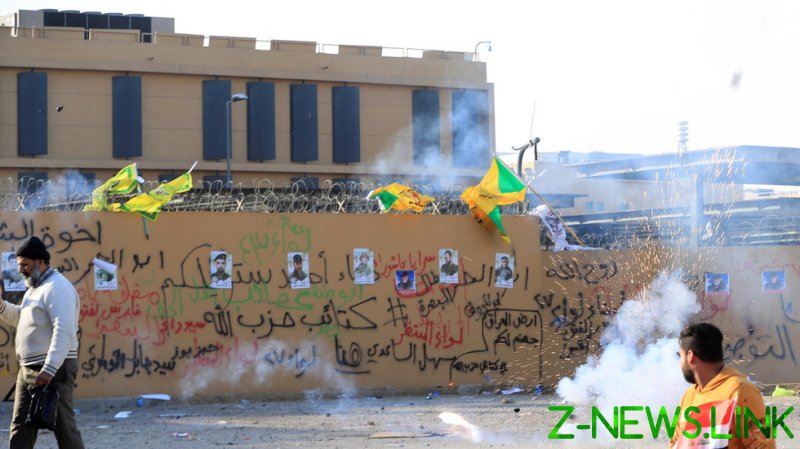 Footage published on the social media show the night skies over Baghdad illuminated with flashes of light as rapid-fire guns of the US C-RAM systems were used to intercept the incoming projectiles. At least three rockets were targeting the American diplomatic missions, the Iraqi security officials told AP, saying they were launched by an “outlaw group.”

Most if not all of the rockets were apparently destroyed mid-air, and the US Embassy in Iraq later said that it resulted only in some minor property damage. The embassy then called on Iraqi leaders to prevent any such future attacks and to prosecute those responsible.

The C-RAM systems were deployed by the US to its embassy in Baghdad’s Green Zone this summer. Earlier this year, the mission already saw a string of rocket attacks targeting the diplomatic facilities. Washington blamed the incidents on the Iran-aligned militia group Kataib Hezbollah.

The group’s commander was killed alongside Iranian General Qassem Soleimani in a US air strike in early January. The US is now concerned about a potential uptick in the number of attacks by militant groups seeking to avenge the killing as the anniversary of the US strike draws near.

In early December, Washington announced it would pull some of its diplomatic staff from the mission in Baghdad to “minimize” the risks. In September, it also threatened to shut it down altogether, but never followed through on this threat.