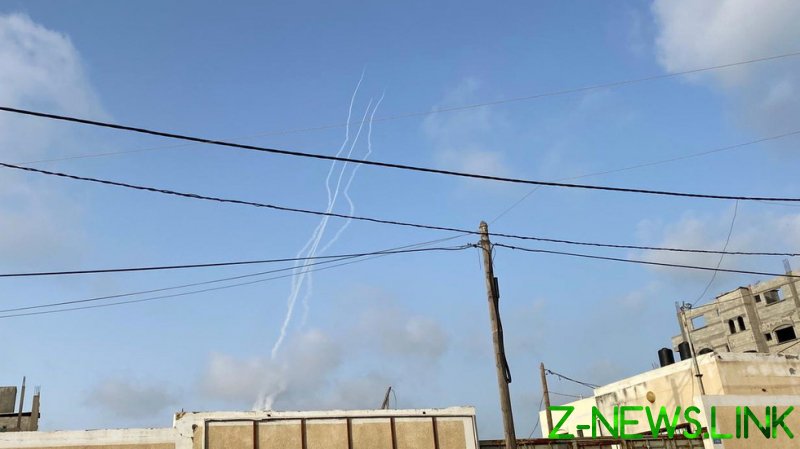 A spokesperson for Hamas’ military branch said it had fired rockets at Jerusalem in response to Isreali crimes and aggression, including against people in the Palestinian neighborhoo Sheikh Jarrah, where families are facing forced evictions, and at Al-Aqsa Mosque.

In response, Israel has dispatched troops to the Gaza border and its air force launched strikes on alleged Hamas targets, according to Haaretz. Palestinian media report three children were killed in those strikes.

Footage posted to social media appeared to show rockets being fired towards Jerusalem from Gaza, one of which reportedly landed near the Abu Ghosh area.

There have not been any reports of major damage or injuries, but one rocket reportedly caused some damage to a house, according to Israeli broadcaster Channel 12. Israel’s military said seven rockets were fired towards Jerusalem, one of which was intercepted, with the rest landing in open areas, the Times of Israel reported.

The Israeli Defence Forces (IDF) also said in a statement that a “barrage of rockets” is being fired toward southern Israel. It said a civilian vehicle had been struck in the area and one person was injured.

Earlier on Monday, the IDF announced it was suspending large-scale drills in order to prepare for potential violence as tensions escalated in Jerusalem. In a statement, Chief of Staff Lieutenant-General Aviv Kohavi said troops were being ordered to “focus all efforts on preparations and readiness for escalation scenarios.”