Home / WORLD / Rockets and mortars fired at US base in Syria, reportedly in reprisal for airstrikes against Shia militia

Rockets and mortars fired at US base in Syria, reportedly in reprisal for airstrikes against Shia militia 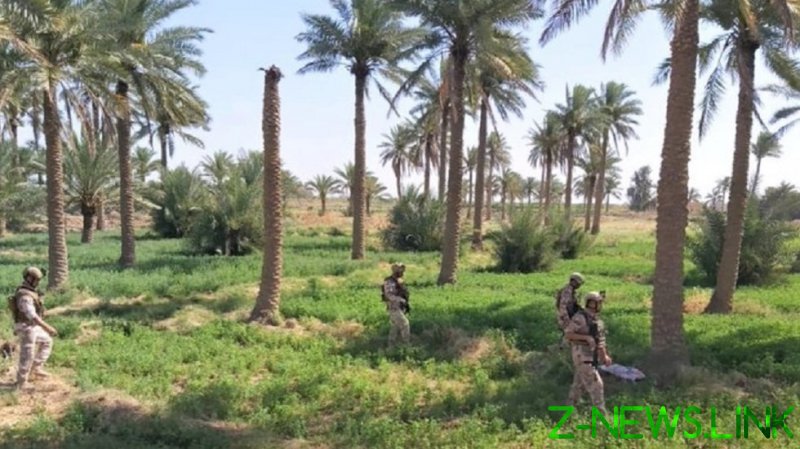 At least eight rockets caused material damage inside the base, local media reported. Mortar shell impacts were also reported near the oilfield. There have been no reports of casualties as yet.

After the initial rocket attack, US airplanes bombed militia positions near Al-Mayadin, local media said, following which more rockets and mortars were fired at the base.

Colonel Wayne Marotto, A spokesman for the US-led coalition operating in Iraq and Syria, said the damage was “being assessed” but that the attacks did not result in any injuries.

On Sunday, US airstrikes killed at least four members of Kata’ib Sayyid al-Shuhada, a Shia militia mobilized to fight against Islamic State (IS, formerly ISIS) and operating on the Iraqi-Syrian border. Baghdad condemned the strikes as “a blatant and unacceptable violation of Iraqi sovereignty.”

US Secretary of State Antony Blinken defended the airstrikes as a “necessary, appropriate, deliberate action” intended to “send a clear and unambiguous deterrent message” to the militia, which Washington has accused of working for Iran.

Monday’s reported incident marks the first time US troops inside Syria have been targeted in response to airstrikes against Shia militias. In January 2020, Iran fired a barrage of long-range missiles at Iraqi bases hosting US troops, in retaliation for the drone assassination of the commander of Iran’s Islamic Revolutionary Guard Corps Quds Force, General Qassem Soleimani.

An estimated 900 US troops remain in northeastern Syria, occupying oil fields and propping up a Kurdish-led militia that fought against IS but now refuses to release the liberated territory to the government in Damascus.