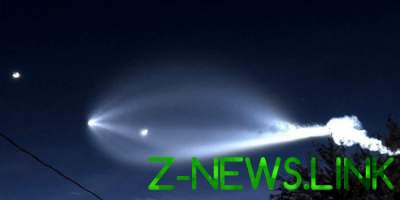 The launch of the Falcon 9 rocket the us SpaceX company caused a major traffic accident, which injured several cars. Video of the accident posted on the channel Sales Mark in Youtube.

The rocket was launched from air force base Vandenberg and launched into orbit ten satellites operator Iridium. Its launch, which coincided with Friday rush hour, could see about four million residents of Los Angeles. A feature of the missile was the unusual contrails, which has been called “alien”.

One of the participants of the movement got distracted and didn’t notice formed ahead of congestion. As a result, suffered three vehicles: a minivan, the Toyota Corolla sedan and the Toyota RAV4 crossover.