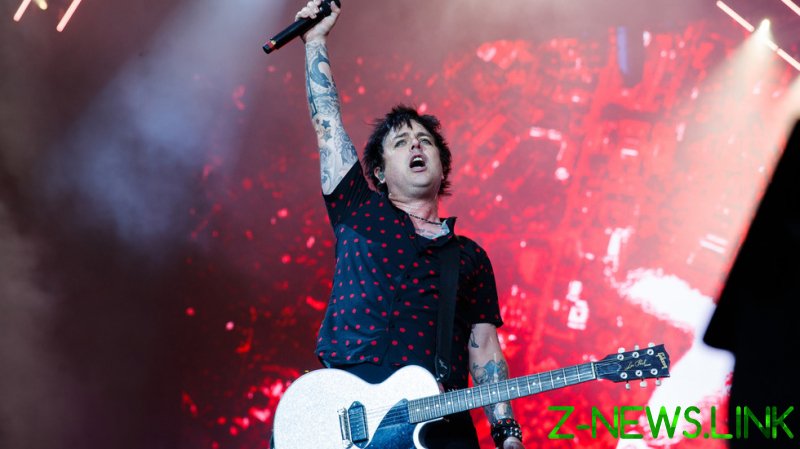 The frontman and guitarist of 90’s pop-punk band Green Day, Billie Joe Armstrong, announced he was “f***ing renouncing my citizenship” and moving to London in the midst of a profane tirade during a performance on the band’s Hella Mega tour at London Stadium on Friday.

The 50-year-old rocker’s exclamation was meant as a denunciation of the US Supreme Court’s decision on Friday to reverse the 1973 Roe v. Wade decision that federally legalized abortion. The highly controversial court ruling has triggered an avalanche of protests across the US, as well as international condemnation. 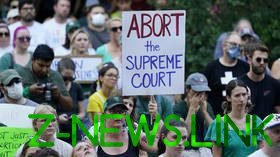 With Armstrong’s audience clearly enjoying his spur-of-the-moment decision to ditch his birth country over the polarizing court move, he carried on, declaring there was “just too much f***ing stupid in the world to go back to that miserable f***ing excuse for a country.” After wrapping himself in the British flag, he promised onlookers that they would “get a lot of me in the coming days.”

“F*** the Supreme Court of America!” he yelped at another show in Huddersfield on Saturday, according to the Daily Mail.

It’s not clear how Armstrong’s self-professed relocation plans will mix with his reported 2021 filing to run for US president on the Republican ticket, but he still has months to figure that out, as the next presidential election isn’t until November 2024.

Armstrong lives in California, where abortion remains legal despite the Roe repeal. Many Democrat-run ‘blue’ states such as California and New York have passed legislation enshrining abortion protections in state law following the leak of a draft Supreme Court opinion last month hinting that the justices were preparing to overturn Roe.

The on-stage antics were hardly his first effort at mixing music with activism. Armstrong wrote an album in 2004 called ‘American Idiot,’ based on his frustrations about “not being represented by national leadership” in the US under then-President George W. Bush, which was transformed into a Broadway musical. More recently, he has been explicitly vocal about his loathing for former President Donald Trump, accusing him of “holding half the country hostage” and trotting out the seemingly inevitable Hitler comparison. Earlier this month, he performed in front of a banner reading “F*** Ted Cruz,” referring to the Republican senator from Texas.