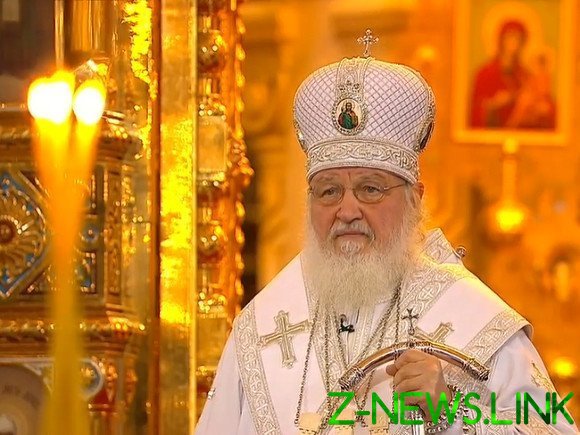 Speaking at the opening of the temple of the Armed forces, comrade. Gundyaev, 2009 replace the post of head of the Russian Orthodox Church, congratulated the audience on the anniversary of the attack of Nazi Germany on the Soviet Union.

His fellow citizens, psyche which nadelman long-isolation and preparations for the upcoming loyalty acts, responded to critical and puzzled posts. I’m afraid to look weird on this background, but the incident does not surprise me.

First, the Russian Orthodox Church historically tend to glorify suffering and martyrdom — and in this context the beginning of a string of terrible trials that have befallen our country, should surely be seen as a special blessing. Let’s not forget that designed earlier this year to the Lord the father of V. Chapin said that war is sent to the edification of the people, and that “the fear that the will of God, or, at least, by God’s permission destroyed or will be destroyed a large number of people is the notion of so-called humanism.” Moreover, the war, importantly, has led somehow to restore the position is with a great benefits for yourself comrade. Gundyaev, and because of its relation to its start as a holiday does not look irrational.

Secondly, you need to keep in mind another important aspect. Recently, supervisor guest lecturer today, President Vladimir Putin reported that in the case of a new war the Russians as martyrs will go to Paradise. It is obvious that actively emphasize the succession of the Russian Federation and the Soviet Union leaves no doubt what moved the vast majority of the victims in the terrible years of the war (probably with the exception of other faiths) tens of millions of people. Which, judging by the current revelations, it is even a good idea (probably so you can read and the lines of Putin’s recent article in which almost enthusiastically reported that the loss of the Soviet Union was at times more British or American).

So, although to treat heard differently, to see it as something illogical or unexpected, I would not.