Home / WORLD / Robot shocks with how human-like it is (VIDEO) 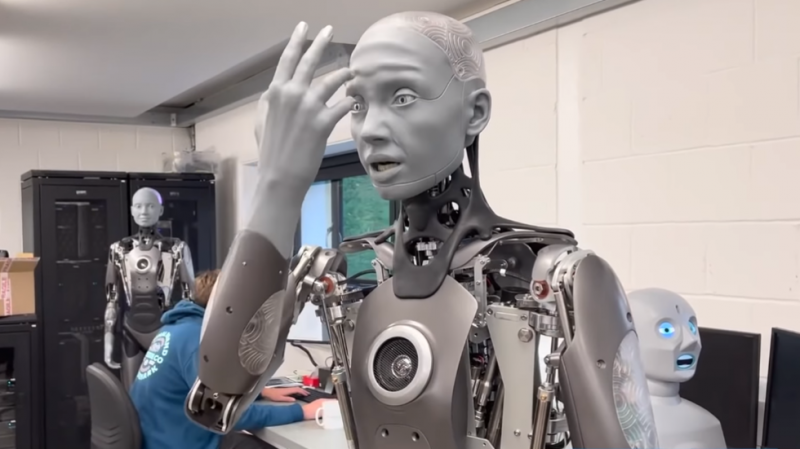 ‘Ameca’ has been described by its British developers at Engineered Arts as “the perfect humanoid robot platform for human-robot interaction.”

The footage, which captured the terrifyingly real robot in action, proves that the company’s bold statement isn’t much of a stretch.

The grey-colored machine, which vaguely resembles the characters from the 2004 movie ‘I, Robot,’ offers a whole range of human emotions, coupled with realistic eye movement.

In what appears to be a pre-programmed demonstration, Ameca first wakes up, then checks out her arms with curiosity, before making a surprised face after ‘noticing’ that ‘she’ is being filmed.

The emotional robot is already available for purchase and rental. Right now, it’s only a stationary model, but the developers plan to further upgrade it, promising that “one day Ameca will walk.”