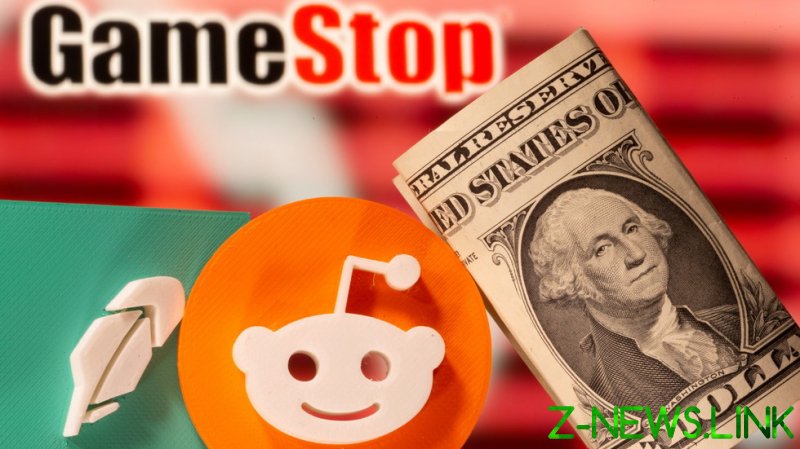 Tenev is awaiting a Thursday hearing on the GameStop upset, apparently hiding out in a hotel out of fear of going home due to what he insisted to Bloomberg are “angry client mobs” making death threats against him.

While he later claimed the restrictions were needed due to an increase in collateral requirements by the Depository Trust and Clearing Corporation (DTCC), Robinhood customers were not informed of this, and Tenev complained that dissatisfied customers had responded by spinning up “conspiracy theories” that the trading platform was allegedly in league with hedge funds.

While Tenev insisted the platform’s ban on purchasing of so-called “meme stocks” came in response to “regulatory demand” rather than insider dealing, his platform’s relationships with hedge funds like Citadel, which lost billions of dollars in the $GME buying frenzy, have come under scrutiny, as have Robinhood’s co-founders’ supersize contributions to the members of the House Financial Services Committee last year. Tenev and co-founder Baiju Bhatt both contributed the maximum amount to financial services chair Maxine Waters (D-California) and her Republican counterpart Patrick McHenry (North Carolina) in October.

Also due to testify at the hearing are Gabriel Plotkin and Kenneth Griffin – the CEOs of hedge funds Melvin Capital and Citadel Securities, respectively – Reddit CEO Steve Huffman, and YouTube streamer Roaring Kitty, whose real name is Keith Gill. The hearing is supposed to focus on short-selling and online trading platforms, as well as “gamification,” according to Business Insider.

The parties will testify before Financial Services as scheduled by Waters in January. The panel is floridly titled “Game Stopped? Who Wins and Loses When Short Sellers, Social Media, and Retail Investors Collide.”

Robinhood is currently facing a class-action suit by Reddit traders for allegedly “purposefully, willingly and knowingly” depriving retail investors of the ability to buy certain stocks, consciously “manipulating” the market “for no legitimate reason.” The move, the plaintiffs say, was designed to benefit “large institutional investors” – that is, the hedge funds whose short positions on $GME and similar stocks ended up costing them billions of dollars in losses. Among other alleged abuses, Robinhood sold thousands of users’ “meme stocks” stocks against their will, vaguely citing “recent volatility.”