Home / WORLD / Robert Bridge: As LGBTQ+ Pride Month kicks off, is it time to give straight folks their parade too?

Robert Bridge: As LGBTQ+ Pride Month kicks off, is it time to give straight folks their parade too? 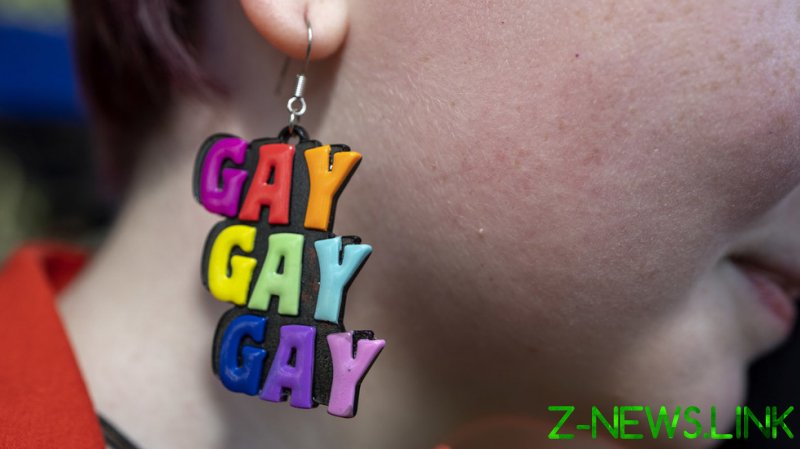 It’s already the merry month of June and, according to the woke calendar, time to celebrate the smorgasbord of sexual proclivities now available to all and sundry. But why not also honor the oldest carnal preference of them all?

On June 11, 1999, then-President Bill Clinton, the philandering Democrat who forced Americans to wonder whether oral sex constituted actual sex, designated June as ‘Gay and Lesbian Pride Month’. And it’s been a joyride ever since. Today, in the spirit of inclusivity and diversity, the celebration has sprouted some glorious wings and is now known as ‘Lesbian, Gay, Bisexual, Transgender and Queer (LGBTQ+) Pride Month’.

The origin of the celebration dates back to June 28, 1969, when police conducted an early-morning raid on the Stonewall Inn in trendy Greenwich Village, a popular meeting place for the gay community in New York City. As the story goes, the patrons of the bar, as well as neighboring watering holes, fought back against police as they attempted to make arrests. The rest is history. Today, due in no small part to the Stonewall riots, the LGBTQ+ community can claim some major cultural victories: Same-sex marriage has been legalized in all 50 states, while gay and transgender employees are protected from discrimination in the workplace. 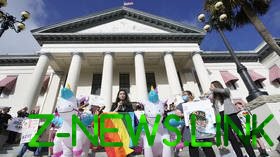 Those successes notwithstanding, does the LGBTQ+ movement, or any movement for that matter, warrant an entire month of our undivided attention? Black American actor Morgan Freeman was once asked in an interview what he thought about Black History Month. “Ridiculous,” was his immediate response. “I don’t want a Black History month. Black history is American history.” An incredulous Mike Wallace, reporter with the news program 60 Minutes, then proceeded to ask, “but how are we going to get rid of racism?”

Freeman’s solution was as brilliant as it was simple: “Stop talking about it!”

For many people, this summarizes the problem with LGBTQ+ Pride Month, which is the incessant need to flesh out these sexual issues in front of everyone, including the children. What happened to discretion? It’s nearly impossible to turn on the television or open a newspaper without coming face to face with sex-drenched issues. In fact, the LGBTQ+ movement is actually getting much more than a month of parades, festivities, and free advertising from corporations that don’t want to be left out of the virtue-signaling orgy. This cultural juggernaut has come to dominate almost every aspect of our lives, every single day, right down to the elementary school level.

Once upon a time, parents in the US could send their children off to school in the morning with total confidence that the little ones were receiving a wholesome education. Such ‘privileges’ for tax-paying citizens can no longer be taken for granted. Today, schools across the country have taken it upon themselves to educate young children on topics related to gender and transgender, with the suggestion that – just maybe – they had been born in the wrong body. Exactly the sort of thing that every kid needs to hear. These are highly controversial subjects for anyone, not least of all young children, that are best left to the discretion of parents in the privacy of the home. Despite legitimate concerns that classrooms are becoming hyper-sexualized, the situation is only getting worse.

Today, public libraries hosting ‘drag queen story hours’ for children and their parents have gone mainstream, at the same time that books glorifying pedophilia are sneaking their way onto school bookshelves. In September 2001, Stacy Langton, a concerned parent, told a Fairfax High School Board meeting in Virginia about two sexually graphic books she had found in the school library. 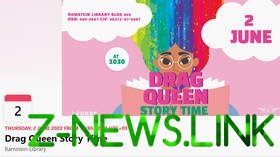 Ironically, in the course of describing the shocking scenes of pedophilia contained in the illustrated book, she was told to stop reading because “there are children in the audience.”

The story doesn’t get better. Not only did the Fairfax School Board override the parents’ concerns and order the books to stay on the shelves, but, in a separate development, the FBI began targeting “disruptive” parents who appear at school board meetings to complain about what their children are being taught behind closed doors. Needless to say, homeschooling in the home of the brave has enjoyed a surge in interest of late.

The point here is that America has come a long way since the first ‘Gay and Lesbian Pride Month’ in 2000. Never before have children been exposed to such fiercely controversial sexual concepts, which could have the effect of making a young, impressionable child go under the knife in order to become the opposite sex. As liberal talk show host Bill Maher *put it, “We are literally experimenting on children.” 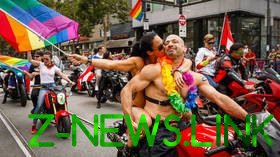 Amid this in-your-face sexual messaging from every medium, does the country really need an entire month devoted to every sexual deviancy under the sun? Or is the answer to give straight people an entire month to balance out the scales? After all, is being part of the LGBTQ+ community any more challenging in these politically correct times than it is to be married with children? The month of July is still free, so why not designate it ‘Straight Pride Month’ in honor of those exhausted looking men and women on the morning train, on the way to work after an all-nighter with a screaming teething baby?

If we were to get really technical here, none of us – not gay, trans, queer, bi people, or otherwise – would be around to celebrate anything if it were not for the unfashionable straight folks, who volunteered for the thankless job of raising kids from birth and playing house in a world gone mad. Is it time these people demand some sort of month-long, flag-festooned celebration to honor their tremendous sacrifices?

While it may be a good way of reminding the world about where its real priorities should be, the real heroes in the world rarely ask for rewards, let alone an entire month of partying, although they probably wouldn’t refuse a babysitter on the occasional Friday night.