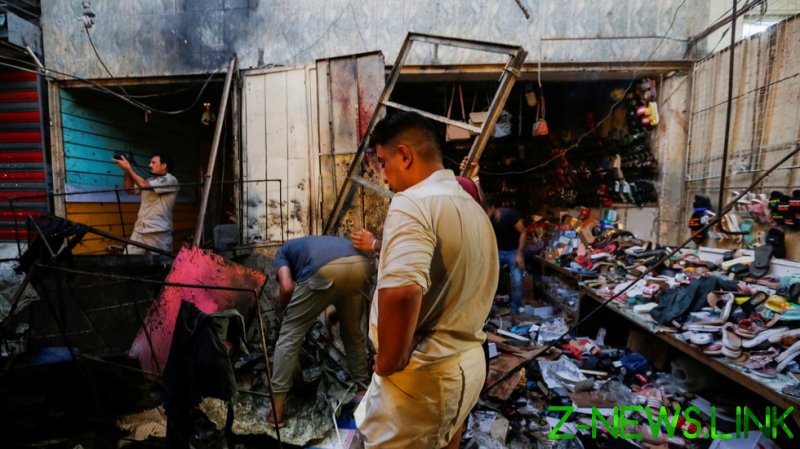 The blast happened the day before the Eid al-Adha holiday, when the market was especially busy.

The human cost of the blast is still unclear. At least 35 people were killed and “dozens” wounded, according to Reuters’ police and hospital sources, while Al Jazeera reported at least 25 deaths and 35 injured, citing anonymous “security officials.” Reuters’ sources said that some of the wounded are expected to die, given the severity of their injuries.

Islamic State (IS, formerly ISIS) has claimed responsibility for the attack.

A predominantly Shia suburb on the outskirts of Baghdad, Sadr City was frequently targeted by IS during the Sunni jihadist group’s violent conquest of Iraq and Syria between 2014 and 2017. Though bombings have become less frequent in the years since IS’ military defeat, Sadr City has been rocked by three such attacks in recent months.

The most recent of these bomb attacks, in June, wounded 11 people, while a car bombing in April killed at least four.

Outside Sadr, two suicide bombers killed at least 32 people and injured more than 110 in an attack on another market in Baghdad in January. Several days after the attack, IS claimed responsibility.