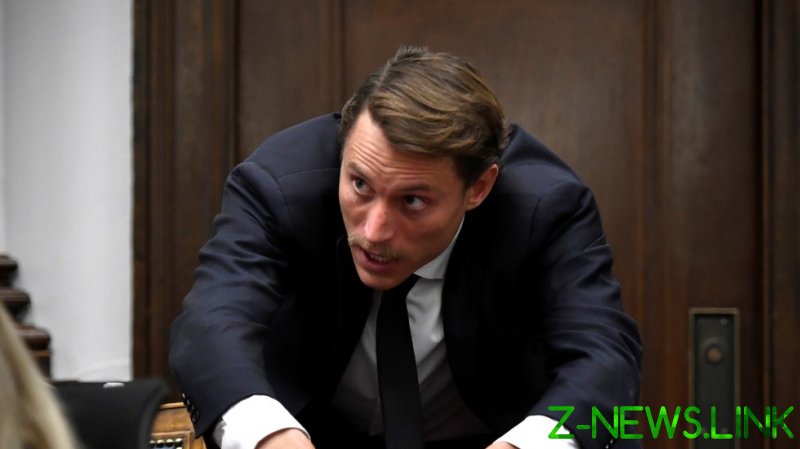 McGinniss, who works for online publication the Daily Caller, was among the group of people who drove Joseph Rosenbaum to hospital when he was shot by Rittenhouse during a night of violent protests in Kenosha, Wisconsin on August 25, 2020.

Speaking from the witness stand on Thursday, McGinniss gave his account of that night’s events, telling the jury that he was standing several feet away from the scene, and that his eyes were “fixing at the barrel of the weapon” in Rittenhouse’s hands at all times as the incident unravelled.

McGinniss claimed he feared that “something with the weapon was about to happen” when he saw Rosenbaum “running and eventually lunging towards the front portion of the rifle.”

Assistant District Attorney Thomas Binger repeatedly grilled McGinniss as to the exact position of Rosenbaum at the moment of the shooting, asking him if Rittenhouse fired as the latter was “falling.” McGinniss disagreed with this interpretation, saying: “No, not falling, lunging,” doubling down on his testimony.

It was as if, you know, if you were to lunge at somebody, if anybody were to lunge, they would probably stop themselves, you know, from falling face down on the ground, but the shots were fired in the exact instant that his momentum was going forward and that continued until Mr. Rosenbaum landed on the ground

McGinniss’ testimony supports the argument made by Rittenhouse’s lawyers that the teen, then 17, was acting in self-defense when he shot and killed Rosenbaum. The prosecution has argued that Rosenbaum was unarmed, and therefore was not capable of harming Rittenhouse.

Rittenhouse has been charged with homicide and reckless endangerment for shooting and killing 36-year-old Rosenbaum and 26-year-old Anthony Huber, as well as injuring 23-year-old Gaige Grosskreutz. His much-anticipated trial kicked off earlier this week, and has already been mired in controversy. Liberal commentators have been up in arms over the composition of the jury, which reportedly features only one non-white member. On Thursday, one of the jurors was dismissed over a joke he told a sheriff’s deputy about Jacob Blake’s police shooting. Blake, a black man, was left paralyzed from the torso down after he was shot by police seven times on August 23, 2020. His shooting sparked the protests in Kenosha, but was later ruled justified.