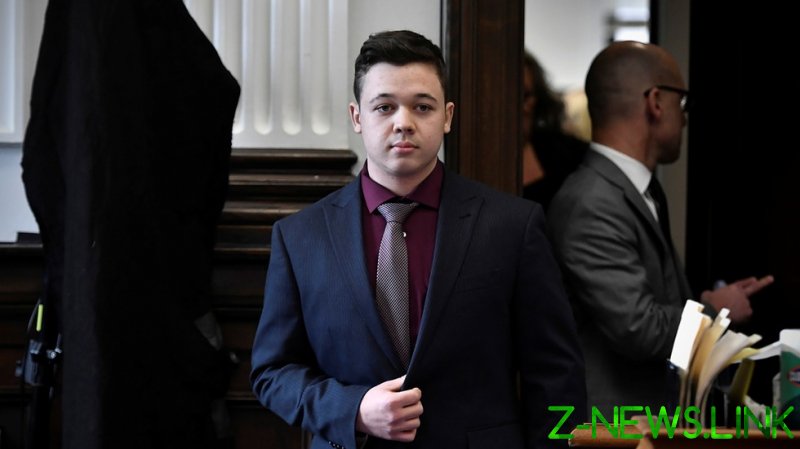 “I’m not a racist person. I support the BLM movement. I support peacefully demonstrating,” the 18-year-old said in a teaser for an interview with Fox News’ Tucker Carlson, to be aired on Monday.

“I believe there needs to be change. I believe there’s a lot prosecutorial misconduct – not just in my case, but in other cases.”

On Friday, the jury acquitted the teenager of all felony charges, including first-degree intentional homicide, in a high-profile trial over his actions during the BLM protests and riots in Kenosha, Wisconsin in August 2020.

Rittenhouse, who was 17 at the time and carried an AR-15-style rifle, testified in court that he had fatally shot two men and wounded another person while defending his life. His acquittal has led to both celebration and further protests.

Despite the fact that the defendant as well as the people he shot are all white, some activists and pundits claim that the not-guilty verdict is a sign of broader racial bias and injustice in the US.