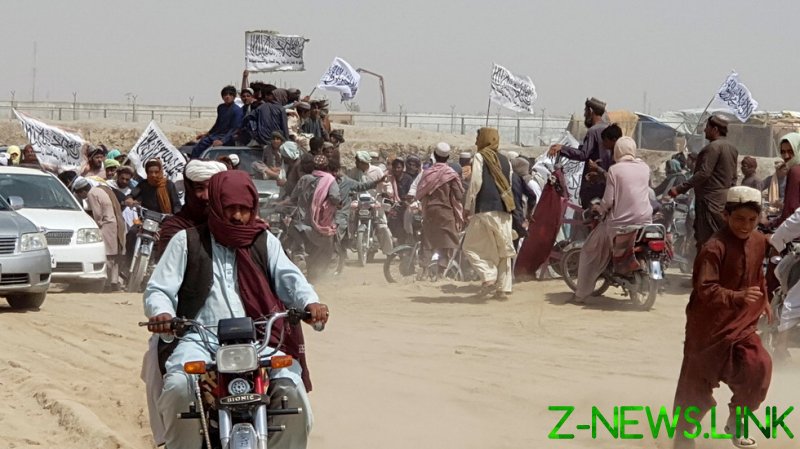 Addressing a regional security conference on Friday, Moscow’s top diplomat said that “the uncertainty of the development of the military-political situation in this country and around it has increased.”

“Unfortunately, in recent days we have witnessed a rapid degradation of the situation in Afghanistan … It is obvious that in the current conditions there are real risks of an overflow of instability to neighboring states, the threat of such a scenario is a serious obstacle to the involvement of Afghanistan in regional cooperation,” he added.

In recent days, several groups of Afghan soldiers loyal to the embattled government in Kabul have sought shelter in neighboring Tajikistan, fleeing attacks from the Taliban. The foreign servicemen were allowed to enter “in line with the principles of humanity and good neighborliness,” Tajik officials said at the time. US President Joe Biden has announced that all US forces, which previously operated alongside the units, will leave the country by the anniversary of the 2001 September 11 attacks this year.

Last week, General Colonel Anatoly Sidorov, the Chief of the Joint Chiefs of Staff for the Moscow-based Collective Security Treaty Organization’s (CSTO) mutual defense pact, said that the Taliban would not be allowed to run riot in the region.

“We’ve seen the Taliban’s outposts. At least for now, we see no aggression coming from [them],” Sidorov said. “We have to expect small raids by groups of 20, 40, maybe, 70 people. Of course, they will be met with an adequate response from Tajikistan.”

READ MORE: Sanctions against Taliban could be lifted as part of Afghan peace process, top Russian diplomat tells RT in wake of US withdrawal

Russia has pledged its support for Kyrgyzstan’s security, while simultaneously hosting peace talks with the Taliban in an effort to secure a ceasefire settlement in Afghanistan. Earlier this month, a contingent of the Islamist militants’ political representatives met with officials in Moscow to discuss the future of the country.