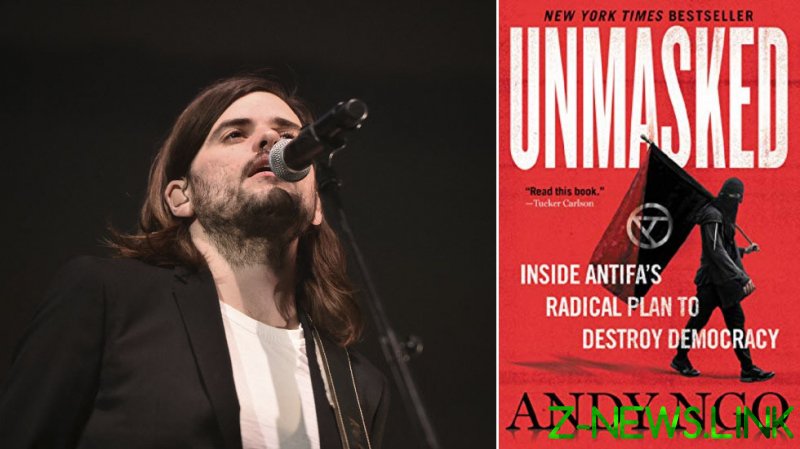 Rock n’ roll is dead, dead and buried. And its obituary has now been written…by the banjo-playing son of a billionaire.

It was inevitable, I suppose. Rock gods cannot exist in the smug and suffocating, safe environment of the modern middle classes. Especially in Britain. Plus social media is just too pervasive and toxic, it invades all orifi. There is no escape.

The world has become the wrong environment for a Jimi Hendrix or a Janis Joplin or a Kurt Cobain to arise and thrive and then implode in. It’s the same as human life forms trying to breathe unaided on Mars. It simply cannot happen. Rock gods are done, it’s over.

What do we get instead?

Enter (and exit) Winston Aubrey Aladar Marshall, the now ex-banjo player of a tame, yet hugely successful, folk rock combo called Mumford & Sons. Winston also happens to be the public-school-educated son of a billionaire hedge fund manager. That statement is all kinds of wrong, so allow me to reiterate: banjo-driven rock and a billionaire’s son who went to a posh private school. Winston, 33, also has lovely hair.

Well, it must have been the demon drink and drugs and wicked womanising ways that brought this self-confessed trustafarian dude down, right?

Wrong. He read a book.

He read a book, ‘Unmasked’ by journalist Andy Ngo. A truly tedious, Trumpian tome attacking the leftist Antifa movement. Then Winston made a fatal mistake.

Awesome! He came out as a Latex wearing neo-Nazi after loads of his S&M, machine-sodomising, gimp-suit wearing and hooker-spanking snaps were leaked online?

Nope. He tweeted about this book that he’d read, and I quote: “Congratulations. Finally had the time to read your important book. You’re a brave man.” Then, of course, came the inevitable tweet storm. The mob skewered him with their digital pitchforks.

Oh God. Well, he at least quit live on stage by smashing his banjo – preferably over the lead singer’s head – right? Sorry, but no. You’re thinking of an entirely different era. Winston took a few months off to “examine his blindspots.”

Okay. But there are now snaps of him being forced to work in McDonald’s to pay his rent and for new banjo strings so he can do some plinkitty-plonking on his inevitable solo album, right?

Don’t be silly. I told you already, the Marshall clan are absolutely loaded. His dad is Sir Paul Marshall, a hedge fund manager worth £630 million (pretty much a dollar billionaire). Sir Paul is, of course – being wealthy and having been born nowhere near the city of Manchester – a Manchester United fan. I bet you a fiver (that’s all I can afford) young Winston is one of those prawn sandwich munching plastic Mancs, too. You’ll catch him in a nice car heading back down the M6 to London after a game with his old man. Or the family helicopter, maybe.

And here’s the obituary, Winston’s head teacher at posh St Paul’s school on the River Thames would be so proud of this former pupil’s 1300 word valedictory essay. He got the spelling and grammar right and everything.

This ‘shitkicker from Mortlake’ (Mortlake is actually a posh London suburb between Kew and Barnes) starts out on the road, criss-crossing the UK just like the Beatles. Then he somehow conjures up images from the Holocaust, and how he couldn’t support this fascist book because 13 members of his family died in Nazi concentration camps. Finally he goes on to quote Aleksander Solzhenitsyn and Winston Churchill.

“The only way forward for me is to leave the band. I hope in distancing myself from them I am able to speak my mind without them suffering the consequences. I leave with love in my heart and I wish those three boys nothing but the best. I have no doubt that their stars will shine long into the future…”

There’s no mention of his moneybags, Manchester United-loving dad. Nor the fact his auntie is the posh ITN reporter Penny Marshall. Nor his links on his mother’s side to the French aristocracy (those who survived the guillotine).

‘Rock n’ roll’ has been like this for ages, though. And it has been long-lamented by one of the last standing rock gods Noel Gallagher – even though he insists he isn’t one – as he pointed out a few months back in a typically forthright and sweary outburst.

“Music now is style over substance,” he said on a podcast. “I find that these young ­people in the music game – they f**king look great, they’ve all got tattoos and the image and all that f**king bollocks but really they’re just sh*t, they’re not saying anything. The biggest-selling acts are sh*t, whereas when I was growing up the biggest-selling acts were the best acts… The biggest band in the world was usually the best band in the world. Now the biggest thing in the world is f**king Taylor Swift. What?! F**k off.”

Personally, I blame that crap crooner James Blunt, and he’s been around for a while now. I mean, come on; he’s the son of a high-ranking military man – Colonel Charles Blount – and was himself a captain in the British Army. He went to Harrow, the same school as Winston Churchill.

Honestly, I cannot stomach this bloke, and his music physically hurts. His voice cuts through me like a bayonet. If I’m in the car and he comes on the radio, I can’t turn it off fast enough. I have to get the thing off ahead of the first few bars in case his awful voice sticks with me the rest of the day. If his muzak is on in the supermarket or an elevator or in a cafe, the natural home for his tunes, I have to leave. Immediately.

Blunt commanded a tank in the Balkans during the Kosovo conflict, with his guitar strapped to the outside. He’d sometimes get it out and perform for troops and the locals, write his cheesy tunes and all that. Aw man, can you imagine? Those poor Kosovans; never mind the bombs and bullets.

RIP, rock n’ roll. You’ve been destroyed by the middle classes but it was fun while it lasted.