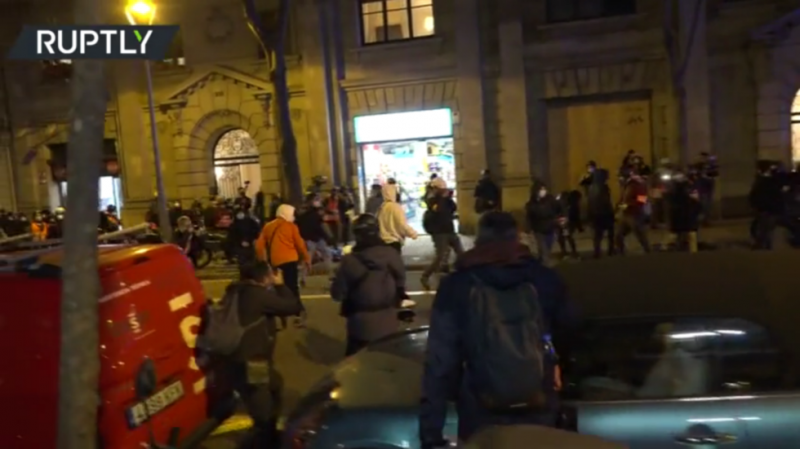 According to local media, citing police, a photojournalist was injured by a hurled bottle.

Protesters marched for the eighth consecutive day to demand that hip-hop artist and activist Pablo Hasel be released from jail.

Hasel was arrested and sent to prison on February 16. In 2018, he was imprisoned for two years after being found guilty of praising terrorist groups on social media and insulting the Spanish monarchy. Hasel’s term was later reduced to nine months.

The rapper’s supporters see his case as an attack on freedom of speech. More than 200 artists, including filmmaker Pedro Almodovar and actor Javier Bardem, signed a petition in protest against sending Hasel to jail.

Following the backlash, the Spanish government has promised to amend the legislation and vowed not to punish free speech-related crimes with prison terms.