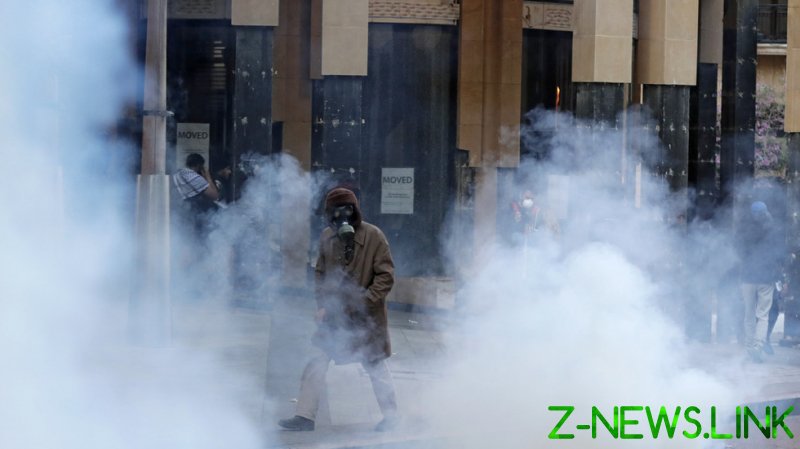 The Lebanese pound has lost roughly 85 percent of its value in recent months and slid to a record new low on Saturday, falling to 12,500 pounds to the US dollar on the black market, though the official rate remains at roughly 1,500 pounds to the dollar.

In response, there was a protest near the parliament in Beirut, during which protesters briefly stormed a reinforced gate leading into the compound, only to be repelled by riot police firing tear gas canisters. 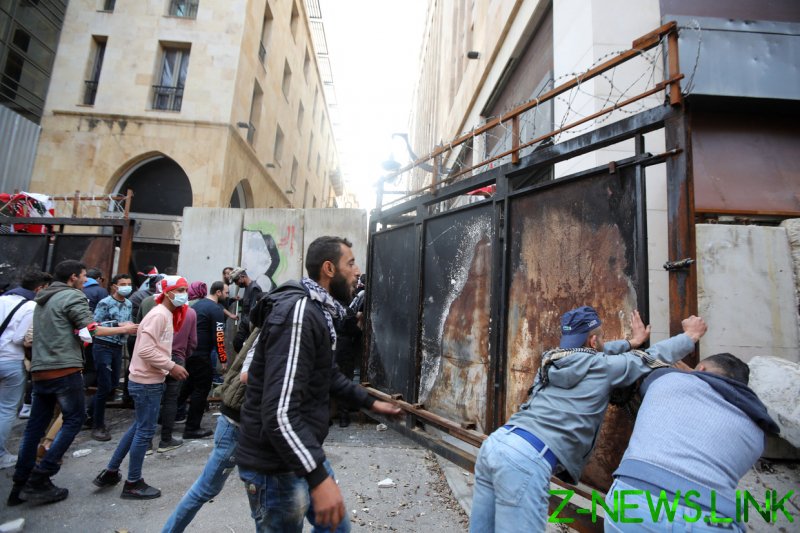 “We are hungry. It is that simple. That is why we are taking part here,” said one protester

Additional protests were held in Tripoli, Sidon, and Tyre, with road blockades reported throughout the country. 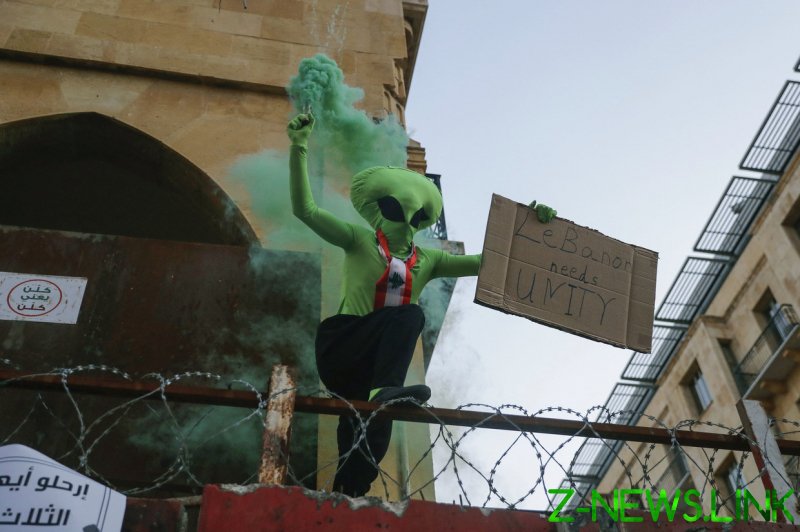 Lebanon is heavily reliant on imports, particularly of commodities and consumer goods, and recent price surges have worsened the situation for an already beleaguered population, now living under the specter of potential widespread hunger.

Lebanese Energy Minister Raymond Ghajar said that cash to fund power generation was running out, warning that the country may be plunged into darkness by April. 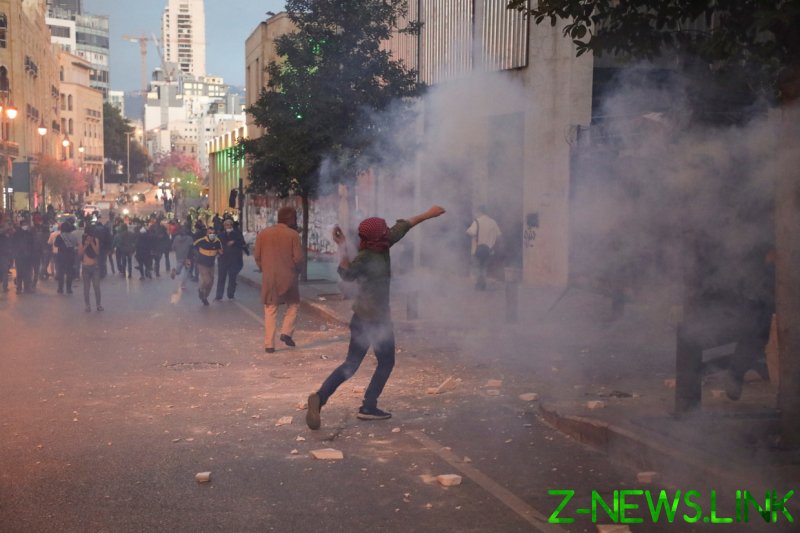 The country’s crisis began in October 2019 and has worsened with each passing month, as political spats between rival factions have prevented the formation of a new cabinet.

Meanwhile, Lebanon’s GDP is estimated to have shrunk by at least 19.2 percent in 2020 alone, as the country’s debt ballooned to $90 billion – 170 percent of GDP – last year, and the government defaulted on debt repayments for the first time in its history.

Lebanon’s precarious economic situation was greatly exacerbated by the coronavirus pandemic, with the massive explosion at the Beirut port facility in August 2020 adding further insult to injury, marking a significant tragedy for the country and compounding a lack of confidence in the government.

The blast claimed the lives of over 200 people, while a further 6,000 or so were injured and numerous city blocks were levelled.

French Foreign Minister Jean-Yves Le Drian, who has led international efforts to break the deadlock in Lebanon and bring the country back from the brink, gave a stark assessment of the reality facing its population.

“I do believe that it is still not too late, but we’re running out of time before total collapse,” he said on Thursday.