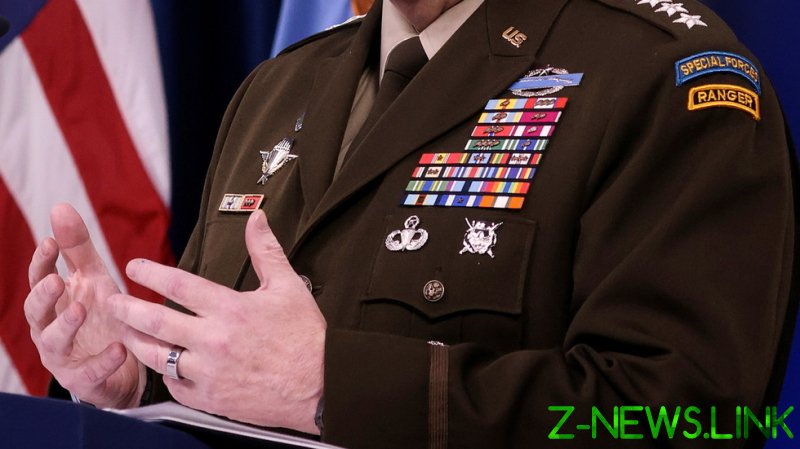 Sunday’s strike had targeted a vehicle in Kabul, which the US Central Command said represented an “imminent” threat to the evacuation efforts ongoing at the Hamid Karzai International Airport at the time.

Local media and the Taliban, however, said that ten civilians were killed as a result – seven of them children.

Addressing reporters at the Pentagon on Wednesday, Chairman of the Joint Chiefs of Staff General Mark Milley repeated the claim by CENTCOM that “secondary explosions” were evidence that the vehicle was intended to attack the airport.

“At this point, we think that the procedures were correctly followed, and it was a righteous strike,” he told reporters, adding that “at least one” person who was killed was a “facilitator” for the terrorist group Islamic State Khorasan (ISIS-K). It was ISIS-K that claimed responsibility for last Thursday’s suicide bombing outside the airport, which killed an estimated 200 Afghans and 13 US troops.

“Were the others killed? Yes. Who are they? We don’t know,” Milley said, adding there would be an investigation.

Initially, CENTCOM said that there were “no indications” of civilian casualties from the “self-defense” strike. After local reports identified the victims by name, however, CENTCOM spokesman Captain Bill Urban said they would be “deeply saddened by any potential loss of innocent life.” He maintained that the casualties were caused not by the US drone, but by the explosion of the vehicle itself, however.

“We know that there were substantial and powerful subsequent explosions resulting from the destruction of the vehicle, indicating a large amount of explosive material inside that may have caused additional casualties,” Urban said on Sunday.

Asked about the civilian casualties on Monday, Pentagon spokesman John Kirby told reporters that they’re “not in a position to dispute it right now.”

Shortly afterwards, the last US planes took off from Kabul, ending the two-week airlift that President Joe Biden would describe on Tuesday as “an extraordinary success.”