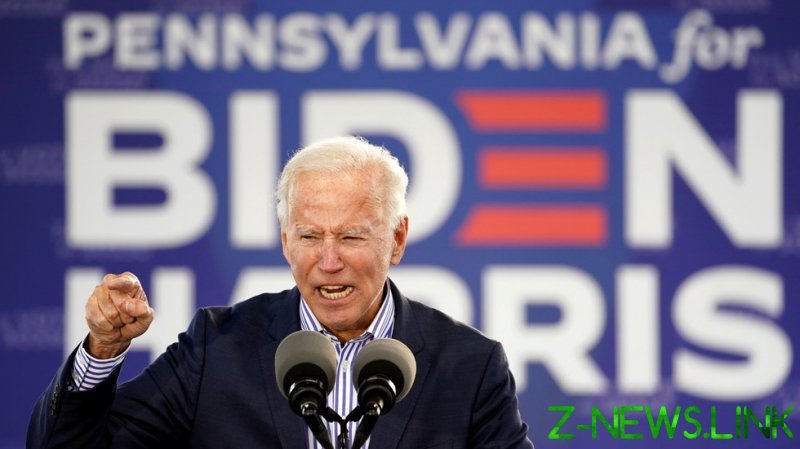 “We’re in a situation where we have put together – and you guys did it for our admi . . ., the president, Obama’s administration before this – we have put together, I think, the most extensive and inclusive voter fraud organization in the history of American politics,” Biden says in a video that began circulating on social media on Saturday.

The apparent verbal flub, made just 10 days out from the Nov. 3 election, has caught the attention of the former VP’s detractors, including that of US President Donald Trump.

“What a terrible thing for Biden to say! Rigged Election?,” Trump tweeted, reposting the viral clip.

While Democrats and much of the mainstream media have brushed off concerns over a potential voter and election fraud in a year when mail-in voting will be used on a far larger scale than usual, Trump has repeatedly taken aim at universal mail-in voting, deeming it highly vulnerable to abuse and errors. The president even went as far as to allege that the system could tip the scales in the 2020 election — a notion that the Democrats have vehemently rejected.

Biden’s blunder provided comic relief for conservatives on Twitter, many portraying the lapse as a “Freudian slip.”

“Seems that Joe Biden has some explaining to do,” Mike Kelly, Republican Representative for Pennsylvania’s 16th congressional district, tweeted.