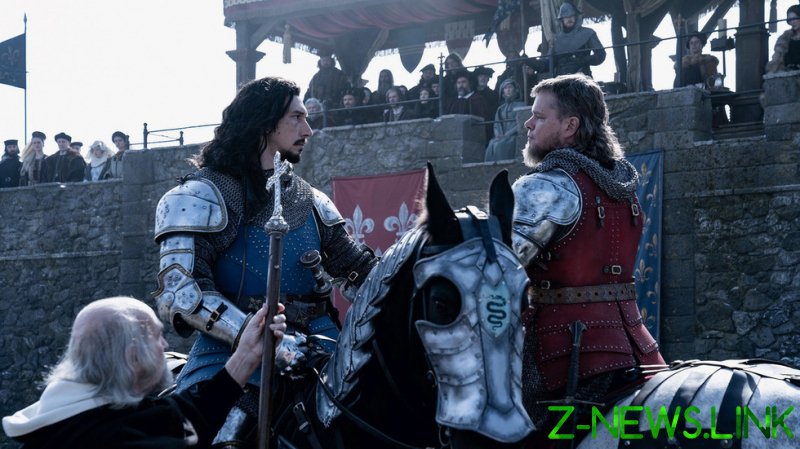 Speaking on the podcast ‘WTF with Marc Maron’ on Monday, Ridley Scott said he stands by his latest creation, which was released in mid-October, and has since generated only $28 million in revenue – a fraction of the $100 million funneled into its production. Nevertheless, he praised Disney for its “fantastic promotion job,” and “excellent” advertising and publicity.

The veteran filmmaker, whose career spans more than five decades, went on to lament that audiences today “were brought up on these f**king cell phones. The millennian [sic] do not ever want to be taught anything unless you are told it on the cell phone.” He added that he “learned very early on to be his own critic.”

‘The Last Duel’, starring Matt Damon, Ben Affleck, and Jodie Comer, is set in 14th-century France and centers around a knight, Jean, who throws down the gauntlet to his friend, after Jean’s wife tells him the other knight raped her.

The movie has mostly received positive reviews, with one critic describing it as a “well-acted and thought-provoking drama infused with epic grandeur.”