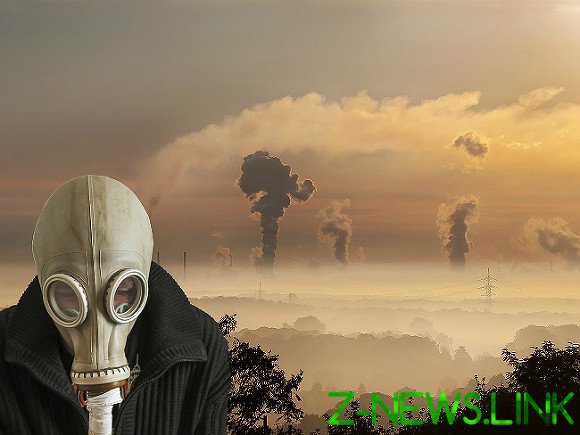 Groomed in Europe, the environment is of concern to all. And choking from stinking landfills of Russia — for some reason almost no one.

If you ask which in southern Germany, where I live now, the main problem, then, with his hand on Bretzel I honestly answer: bees. They become less. This is not only Bavaria — this is all of Germany is buzzing. Little bees — so there is no one to pollinate orchards and fields, then threatened the harvest, then threatened Germany, so it is necessary to save.

Save: 300 th Augsburg I have the Windows open for the second apiary. In the meadow by the river Lech — a fresh announcement: the coastline is no longer mows to save the honey plants for pollinating insects. Under threat of penalty you can not even touch the OS. Last summer, they settled in an expensive bakery Wolf — nest still hung, until he came to the experts relocation. In the elections to the European Parliament from Germany is not only “green,” but almost every second candidate went under the banner of the bee!..

And the paradox is that in Germany bees life and so better than in Russia people have. In Germany, not harass the roots of the forest, there are no landfills, garbage dumps, in cities few cars. In Germany, the air is soft as the kiss of a child, and there is no dust, no dirt, and plant new areas with the same chic that will be envied by the Metropolitan Park “Zaryadye”. From the point of view of the Russian people, of the green party in Germany is nothing to do because everything is already done.

But the paradox is in the fact that in Russia, where “green” enough work for a couple of centuries, environmental issues, few people care, and “green” is not visible in a microscope. Hey guys — Orthodox, spiritual, as well? Get off at Nevsky or Tver, breathe deeply — it’s not air, and the direction to the oncologist. Look at the Windows: they are dirty immediately after washing. Admire, in that by the middle of the day become white shoes, if in the morning they are in Russia to wear!.. Yes, the country urgently needs a green revolution!

See also:  The true meaning of the refusal of Poland to buy Russian gas

But in Russia this is even out of the question. But in Europe is a landscaped “green” issues all you care about. There, on channel ZDF reportage: La La La… cultivation in the village of monocultures leads to a reduction in the number of insects… La La La… anything more you can off: it is clear that it will be about bees.

When I talk about this in Russia, in the answer invariably hear an envious sigh, and then: “With fat rage”. Germany is indeed a rich country, and when I’m flying on the bike to local villages — with their once tiled, now covered with solar panels the roofs, the feeling and the truth is that houses with gardens oozes fat. However, the “green” consciousness is not so much for rural as for urban residents. And it is caused by the fact that Germany, like most Western countries, living the life of a post-industrial era, when the city operates differently: his new tasks, the meanings, and it produces completely different than before, the product.

American futurist Alvin Toffler once brought human history to the three civilization waves differ no social classes or political organization, and the main products. City agrarian wave was a place of commodity exchange — mainly food. City industrial wave became centers of production of consumer goods. But cities of the third wave Toffler did not define their product, but his mind went Gelman, saying that the modern city is a machine for the production of free time.

It is very accurate. And if in Russia under the infrastructure “free time” means restaurants, movie theaters, gyms, etc., in Europe this means first of all life in the city as in nature. Here I’m writing this on the balcony: here are attached to old houses in the manner of whatnots. On all the balconies in my building — flowers, chairs and someone, and barbecues. Below — the gardens-the gardens: the apartments on the first floor attached to the ground. At the entrance to the staircase — Packed to the Bicycle.

I thought Germany is a country of highways. But now I know that the autobahn is just a drop in the sea of forest, field and other bike trails. From me in the near forest (10 minutes by bike and cars not allowed) some of the roads are paved. And in my once the factory district industrial channels turned into the pools, one even beavers…

And that’s how life works not only in Germany, but the West in General. Out with friends in Helsinki have settled the wild geese, and from a friend in America scattered firewood raccoons…

That is talking about life in the city with all city amenities but in the country. Cottage — this is the simplest mechanism for the production of the quality time, which said Gelman. Us in the country absolutely not boring, but seemingly all entertainment — the hammock forest and a barbecue. That’s why some Ilya Varlamov, offering to transform the space around St. Petersburg’s Kazan Cathedral in an Apple orchard — not so much an urbanist as “new cottager” and a typical Western “green”: the guy third wave. And those who heard his ideas, twists a finger at a temple, is people stuck in the last century.

But the future will still squeeze out of our cities, all the industrial (and cars, too), turning them into garden cities. And a prohibition (as in Germany), nuclear and coal-fired power plants with parallel transition to the production of solar and wind energy — economic basis for this idea.

So the growing influence of “green” ideas in politics is a marker of post-industrialism. And the lack of such a marker is also a marker.

By the way, when the “green” in Germany for the first time have passed elections in the Bundestag, they came to the first meeting in cloth sneakers, jeans, t-shirts, flowers, and pulling out bags of yarn and knitting needles and began knitting.

In my opinion, it is a lovely, soothing the tired heart picture.

My dream is to live to the time when decent the Deputy of the state Duma at plenary session will be able to knit warm sock.