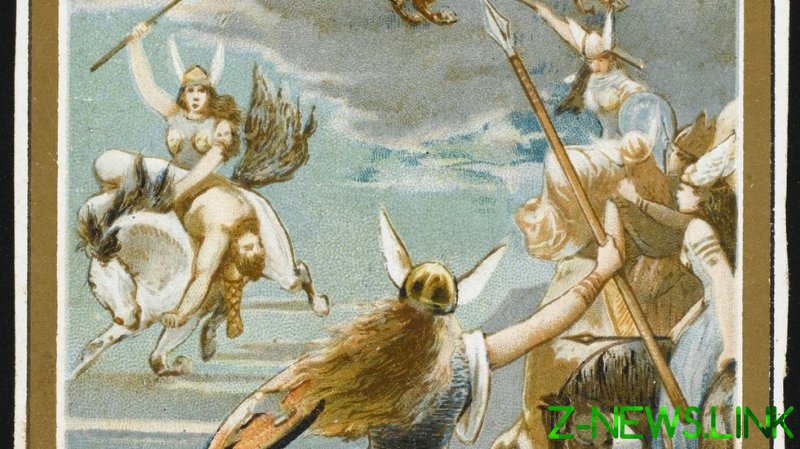 When DNA testing confirmed a tenth-century skeleton found buried with the trappings of a high-status Viking warrior had two X chromosomes, intersectional revisionists got to work injecting 21st century realities into the culture in which the warrior lived and died.

The warrior woman discovered in Birka, whose tomb was first excavated in 1878, “may have been someone who, in our terms, was a trans man, someone living as a man,” Swedish archaeology professor Neil Price wrote, in his much-hyped forthcoming book on Viking history. No mere strong-willed female shattering the social norms of the time to take up arms against her enemies, she instead “may have been transgender…or non-binary, or gender fluid.”

The media has fallen all over themselves to promote Price’s idea, with headlines like “Transgender Vikings may have played a key role in pillage life” and “Transgender Vikings ransacked Britain more than 1,000 years ago, historians claim.” Never mind that Price himself qualified his shocking claim with an acknowledgement that “the most likely explanation is that this was a female warrior” – his conviction that “there are other ways of reading this” made news.

The anonymous Swede is far from the only Viking to get a woke makeover. Researcher Amy Jefford Franks, who has a podcast called “Vikings are Gay!” and is writing a paper arguing the entombed warrior was a trans man, told the Times “there were transgender Vikings and there were queer Vikings,” insisting that “while it was not widespread, it was on the fringes of acceptable culture.” Nor does she limit her speculation to mere mortals, having penned a paper last year titled “Odinn as a queer deity mediating the warrior halls of Viking age Scandinavia.”

Reaching back through history to claim key figures as gay or trans has become practically an academic discipline in itself. Everyone from US president Abraham Lincoln to Roman emperor Julius Caesar has been claimed by LGBT historians, and textbooks “outing” historical figures who never identified as anything other than straight during their lifetime have been adopted in some US public schools.

Viking society had fairly rigid gender roles, according to orthodox historians at least, meaning a woman who wasn’t interested in sitting at home raising children while her husband raped and pillaged on the high seas would have to get creative in order to escape the future society had set out for her. But history is replete with tales of women dressing up as men in order to seek adventure, fight battles, and otherwise escape the drab domestic destiny that awaited their sex. Indeed, just a few centuries after the anonymous woman warrior was buried in Sweden, a Danish princess named Alfhild is said to have fled her suitors, dressed as a man, and embarked upon a successful career as a pirate on the high seas. So it wasn’t exactly unheard-of.

Some might ask what’s the harm in the LGBT community laying claim to history’s warrior women – surely they need role models too! But there’s nothing stopping them from venerating these figures as well, and assuming a high-ranking Viking fighter had to be transgender is frankly insulting to women. Historical figures forced to dress as men to escape oppressive gender norms are no more transgender than are little girls who’d rather play with trucks than dolls. Declaring them to be so without evidence is intellectually dishonest and opens the door to a wholesale cooption of female history. Already, LGBT historians have staked their claim to Christian crusader Joan of Arc, insisting she was transgender because she defiantly refused to don female garb – as if the clothes literally make the woman.

Unfortunately, the erasure of the woman warrior archetype dovetails with a troubling social current of medicalizing non-mainstream femininity. Girls who in previous eras might have been called tomboys or come out as lesbians are being encouraged to embark on a lifetime of hormone therapy and surgeries – a bonanza for Big Pharma, but a psychological minefield for the girls, more and more of whom are braving social shame to warn others in their position that post-transition regret is real and devastating.

Girls who see little of interest in ‘mainstream’ femininity often idolize historical women warriors who bucked the social norms of their day to seek their fortune. Claiming these women are actually trans-men erases an entire way of being female and closes the doors that feminism opened decades ago.