Home / WORLD / ‘Retaliation v all who challenge power’: Prison’s mistreatment of hacktivist Gottesfeld is par for the course, whistleblower says

‘Retaliation v all who challenge power’: Prison’s mistreatment of hacktivist Gottesfeld is par for the course, whistleblower says 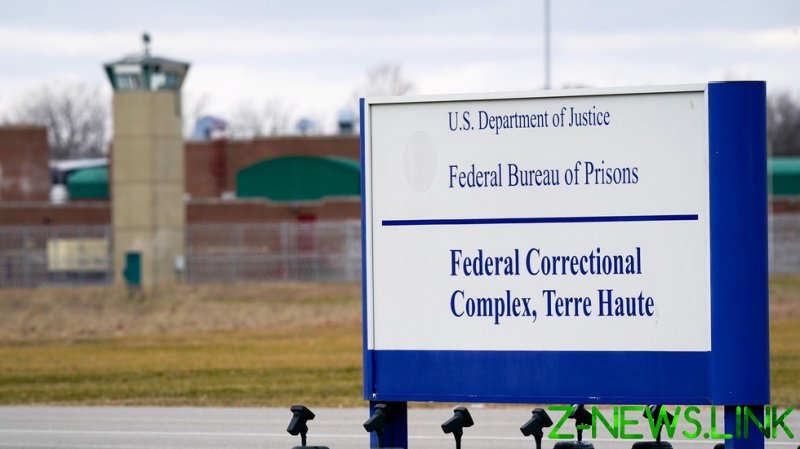 “There’s not been a single case of someone who’s a high profile activist or even a low profile activist incarcerated in the Bureau of Prisons who has not faced retaliation to the extent that they have tried to continue their engagement with the civic body from prison,” Brown told RT on Friday, explaining that Gottesfeld’s punishment – for merely trying to expose the abuses he witnessed while in prison – was as depressingly common as it was illegal.

Brown noted that the press was also in part to blame for “mov[ing] along and forget[ting] about” even the most grotesque abuses within the justice system – a chronic laziness that the system depends upon in order to operate unchallenged. “The US has very particular, immense problems that center on retaliation against those who challenge power,” he said, observing the US’ “past reputation as a stalwart of human rights” has permitted it to all but get away with murder.

Indeed, as Gottesfeld pointed out in the article he wrote for RT last month, the prison system has resumed killing inmates at a prodigious pace, putting some 13 men to death in a mere six months at the facility where he is serving his ten-year sentence in Terre Haute, Indiana. He also wrote about another kind of “execution” – the near-certain death sentence posed by the novel coronavirus in the close quarters of the prison, where a guard could (and allegedly did) spread the disease throughout the complex, leading to hundreds of infections.

It was this article that he believes triggered the BoP’s decision to keep him illegally isolated from his lawyers, at least two of whom have confirmed they have been barred from speaking to Gottesfeld, and to meddle with his mail. Legal mail is not only delayed – it sometimes never arrives at all, according to his wife Dana, even though the Supreme Court has ruled prisons cannot withhold or censor mail, even if they find it offensive or inflammatory.

While hackers, journalists, and activists may not be among the bodies piling up in the BoP’s execution chamber, the system remains irreversibly corrupt, Brown explained, noting that “malfeasance goes unpunished, dishonesty goes unpunished or uncorrected; it always makes more sense for these institutions to lie. There’s no reason not to – it’s almost a guaranteed path to success.”

The system’s compulsion to retaliate against those who would shine a light on its dark underbelly is “one of the reasons why no one should be extradited to the US, no one who’s ever been involved in activism should ever be tried in the US nor incarcerated there,” Brown argued. “The record of the US on this is just immensely vile.”

Gottesfeld has been locked up since 2018, when he was convicted of cyberattacks against Boston Children’s Hospital. The hacktivist took on the powerful research institute in order to bring attention to the medical kidnapping and subsequent torture of 15-year-old Justina Pelletier, who was taken from her home after her parents were accused of abuse, then denied medical care for her rare physical condition and told she was instead suffering from a psychiatric illness. By the time she was released from the facility and able to resume treatment for her very real medical condition – more than a year after her abduction – she had lost the use of her legs, according to her parents.

Brown himself spent four years in federal prison for posting a link to the hacked emails of Stratfor after Wikileaks received and published them in 2012. However, he was not involved in actually hacking or leaking the emails.