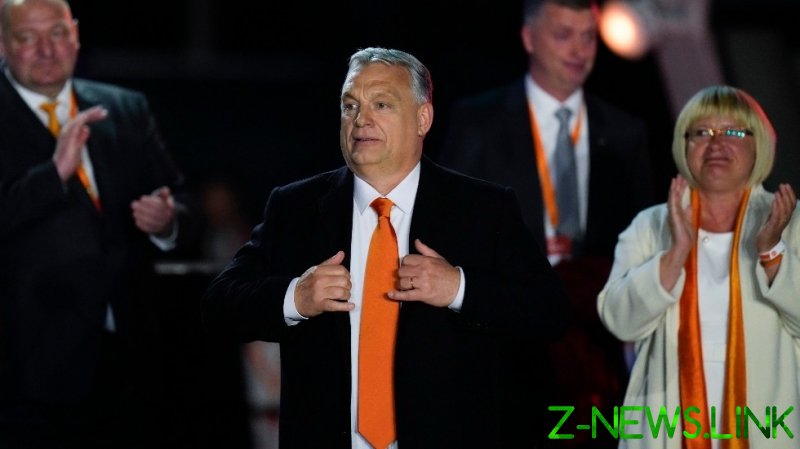 The Fidesz-KDNP party of Prime Minister Viktor Orban has secured 67.84% of the vote in Sunday’s parliamentary election in Hungary, the National Election Office (NVI) has said after counting almost 99% of the ballots.

The results mean that Orban, who pursues anti-immigration policies and maintains close ties with Russia, has secured his fourth term in office. The 58-year-old has remained in the top job in the EU member state since 2010, and was also the PM between 1998 and 2002.

His Fidesz-KDNP party now have 135 out of 199 seats in the new parliament, while the six-party opposition coalition, United for Hungary, will hold 56 seats, after claiming 28.14% of the vote, according to the numbers announced by NVI on Monday. The right-wing Our Homeland party has 7 seats.

The margin with which Orban’s party won exceeded expectation as polls suggested a tight race in the campaign which was overshadowed by the ongoing conflict in Ukraine. 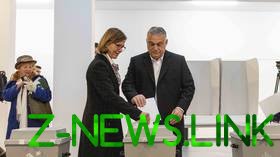 Budapest had condemned the offensive by Moscow, but refused to send weapons to Kiev and said that it would never support sanctions on Russian gas and oil.

Opposition leader Peter Marki-Zay conceded defeat when 80% of the ballots were counted, blaming his coalition’s poor result on the government’s dominance over the media.

“I don’t want to hide my disappointment, my sadness… We knew this would be an uneven playing field,” Marki-Zay said. “We admit that Fidesz got a huge majority of the votes. But we still dispute whether this election was democratic and free.”

Orban had already declared himself the winner late on Sunday, saying that it was a “victory so big that it could be seen even from the Moon and certainly from Brussels” where the EU governing bodies are located.

“Brussels bureaucrats, the Soros empire – with all its money – the international mainstream media, and in the end, even the Ukrainian president [Volodymyr Zelensky],” have all teamed up to remove Orban from power, but failed, the PM, who is one the EU’s longest serving leaders, insisted.