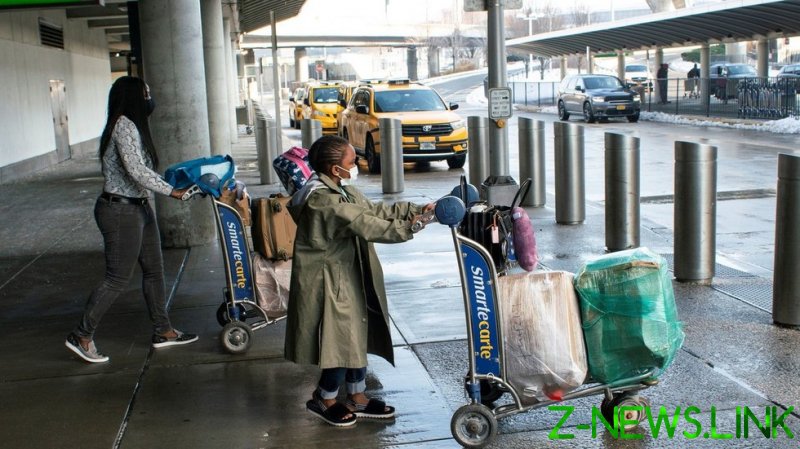 Jen Psaki, the spokeswoman for the president-elect, said on Tuesday that the emergence of “more contagious variants” of the virus meant that loosening limitations on travel was not an option.

“In fact, we plan to strengthen public health measures around international travel,” she wrote on Twitter.

Psaki’s statement was released shortly after Donald Trump issued an order saying that the entry ban on non-US citizens arriving from the UK, Ireland, the EU’s Schengen zone, and Brazil would be lifted from January 26. The decree stated that travel restrictions for China and Iran would remain in place.

“This action is the best way to continue protecting Americans from Covid-19 while enabling travel to resume safely,” the outgoing president said, in a statement released by the White House.

However, the ordered changes won’t take place until six days after Biden assumes the presidency, and it appears the incoming Democrat has no intention of following through with the new rules.

The incoming administration did not elaborate on what kind of new restrictions might be put in place. The Centers for Disease Control and Prevention (CDC) recently announced that all international travelers arriving in the US will be required to test negative for coronavirus within three days of their departure. The new policy will go into effect next week.

Prompted by the spread of coronavirus, the United States has maintained limitations on international travel for nearly a year. Trump imposed travel restrictions on China on January 31 last year. The ban on foreign entries to the US was extended to Europe in March.

Biden’s team has expressed support for continuing Covid-19 restrictions, with the president-elect even floating the idea of a national lockdown. The Democrat has warned of a “dark winter” for the United States, echoing the opinion of some health authorities that the coronavirus crisis in the country would likely worsen in the coming months.