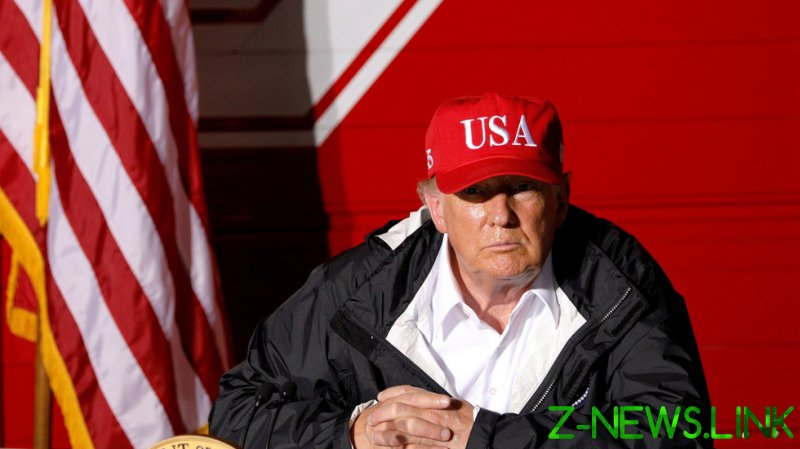 “Rest in Peace Jay,” Trump wrote on Sunday evening, retweeting a post by Amy Kremer, co-founder and co-chair of Women for Trump, identifying the man who was shot and killed in Portland on Saturday amid skirmishes between Black Lives Matter protesters and Trump supporters as “Jay Bishop”.

Neither the group, nor police have confirmed the identity of the man.

However, reports on social media have been circulating, alleging the victim was also a supporter of Blue Lives Matter, a movement in support of law enforcement.

While Kremer’s post blamed “Antifa,” a loosely organized self-avowed anti-fascist group, for the man’s death, police have not charged anyone with the shooting, with a suspect still believed to be at large.

The Patriot Player activist was shot on Saturday evening as clashes between Black Lives Matter protesters and pro-Trump supporters erupted in downtown Portland after some 600 cars wheeled into the city as part of the ‘Trump caravan.’

Police have yet to comment on whether the shooting is linked to the demonstrations, however, liberals and conservatives have wasted no time in blaming each other for the tragedy. Videos have emerged showing apparent BLM demonstrators referring to the man as a “f**king fascist.”

Democrats have launched hashtag #TrumpRiots on Twitter, arguing that violence that has beset Kenosha and Portland is the result of Trump inflaming tensions with his condemnation of the unrest and vows to restore “law and order” by sending in federal troops to the cities.

Trump himself has rejected the accusations, pointing to the failure of the mayors of the Democrat-run cities to quell the violence into which initially peaceful BLM protests have descended. In the case of Portland, violent unrest has been rocking the city for over 100 days.

Earlier on Sunday, Portland Mayor Ted Wheeler effectively blamed Trump for the turmoil in the city, saying that he had sown “hate and division” nationwide. Firing back, Trump labelled Wheeler a“weak and pathetic” mayor, who let the violence run rampant with his hands-off approach.