Home / WORLD / ‘Respect to him’: Crystal Palace ace Zaha becomes first Premier League star NOT to take a knee after describing it as ‘degrading’

‘Respect to him’: Crystal Palace ace Zaha becomes first Premier League star NOT to take a knee after describing it as ‘degrading’ 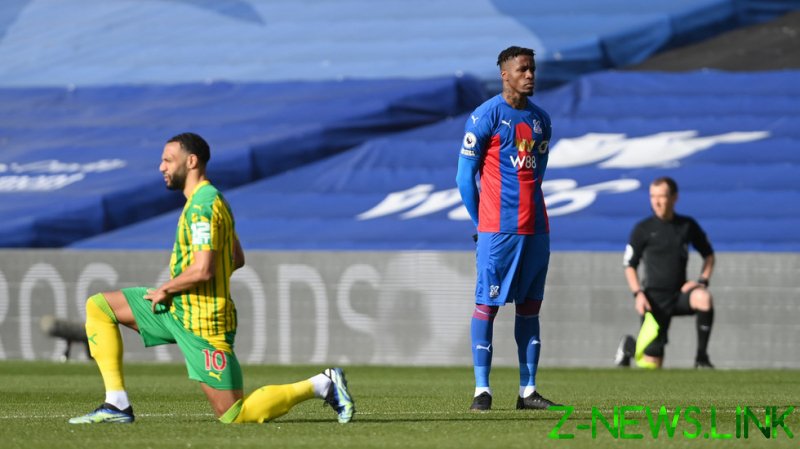 Zaha stood tall while others around him knelt before the kick-off as Palace took on West Brom in the Premier League on Saturday, making the 28-year-old Ivory Coast star the first footballer in England’s top flight to shun the move.

The former Manchester United star initially explained his decision back in February, saying: “I feel like taking a knee is degrading.

“Growing up, my parents just let me know that I should just be proud to be black, no matter what, and I just think we should stand tall.

“I think the meaning behind the whole thing is becoming something that we just do now. That’s not enough. I’m not going to take the knee.”

Players in England adopted the gesture on the resumption of football last June, amid the swell of the Black Lives Matter movement following the death of George Floyd at the hands of police in America.

Black Lives Matter signs can still be found at Premier League stadiums, although the league itself has since replaced logos bearing the BLM name with a ‘No Room for Racism’ message on players’ shirts instead.

On Saturday at Selhurst Park, Zaha stood with his hands behind his back and facing forwards while others on the pitch – including officials – dropped to one knee. 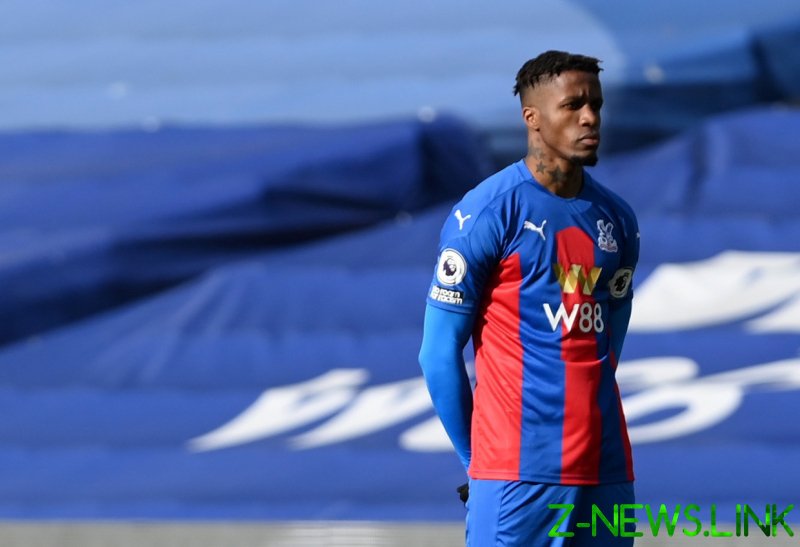 The act from the forward won widespread praise on social media.

“Respectful decision…I understand where he is coming from. Half the players and people do it to fulfill righteousness, you might as well stop,” wrote one fan.

“Stop the kneeling. It doesn’t help anything [or] anyone. We need concrete action,” wrote another.

“Respect to him. Taking a knee isn’t going to change anything and it undermines the whole thing,” read another response.

Ahead of kick-off, Zaha had released a statement to reiterate the thinking behind the step.

“There is no right or wrong but I feel kneeling just became a part of pre-match routine and at the moment, it doesn’t matter whether we kneel or stand. Some of us still continue to receive abuse,” he said.

“I know there is a lot of work being done behind the scenes at the Premier League and other authorities to make change, and I fully respect that, and everyone involved. I also fully respect my teammates and players at other clubs who continue to take the knee.

“As a society, I feel we should be encouraging better education in schools…and social media companies should be taking stronger action against people who abuse others – not just footballers – online. I now want to focus on football and enjoy playing.

“I will continue to stand tall.” 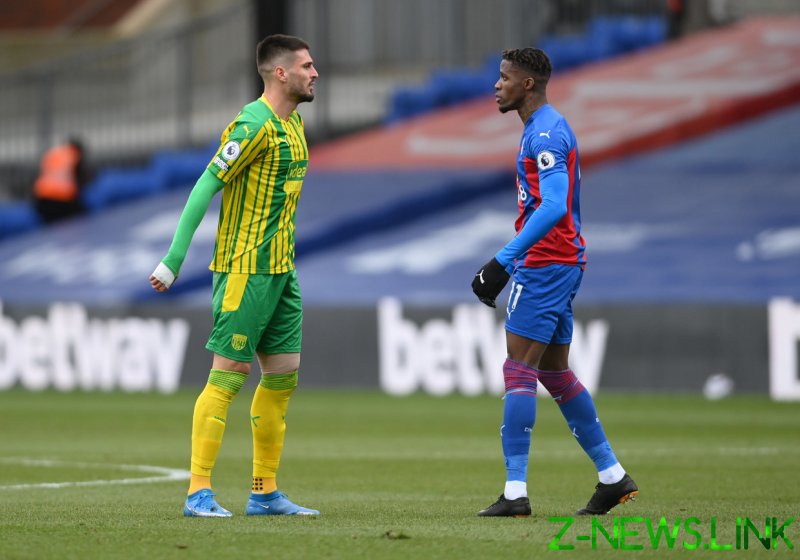 Zaha issued a statement to explain his reasoning. © Reuters

Zaha is far from the only football figure to question the gesture. Players at second-tier Championship clubs Queens Park Rangers, Brentford, Bournemouth and Derby County are among those not to drop to one knee before games.

Speaking to RT Sport in February, former Liverpool and England icon John Barnes said the gesture was ultimately just a token and could not change “systemic racism.”

“Taking the knee highlights the problem, and it’s been highlighting the problems since the George Floyd situation.That’s all,” Barnes said.