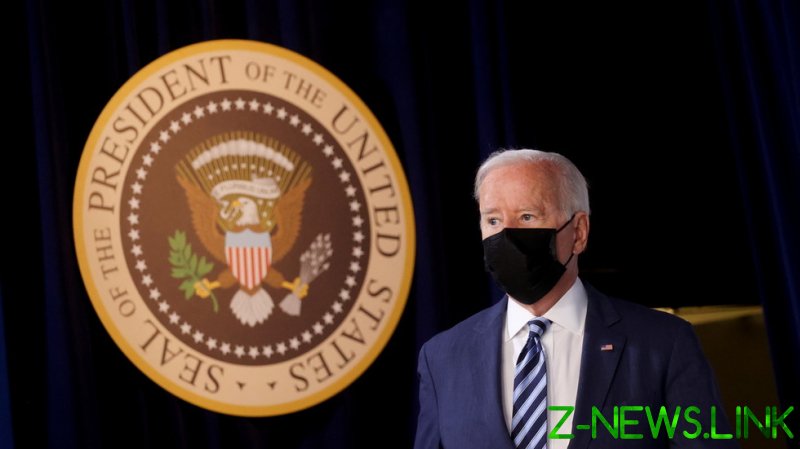 Before leaving the White House, President Donald Trump had appointed a number of his administration officials to advisory boards at the US Military Academy at West Point, the Naval Academy in Annapolis and the Air Force Academy in Colorado Springs. The current White House personnel office has just sent 11 of them a letter, telling them to resign or be “terminated” as of Wednesday evening.

Sean Spicer, former White House press secretary and another member of the Naval Academy Board of Visitors, (NABV), also shared his letter and said he would be responding on his TV show, scheduled for the 6 pm deadline on Wednesday.

Russell Vought, who headed the Office of Management and Budget under Trump, shared a screenshot of his letter on Twitter and refused to resign from the NABV, saying he was appointed to a three-year term.

Citizens for Renewing America, a NGO Vought leads, says President Joe Biden does not have the power to fire these advisers.

Conway, McMaster, Macgregor and others haven’t commented on the request yet. Neither have the Republican-appointed members of the NAVB, including Rep. Jim Banks (R-Indiana), or Senators Dan Sullivan (R-Alaska) or James Lankford (R-Oklahoma).

Biden’s Defense Secretary Lloyd Austin suspended all advisory committee work back in January, but has restarted them recently following a budget review. The Naval Academy’s board is scheduled to meet on September 27.

The purview of these advisory boards is to “inquire into the state of morale and discipline, the curriculum, instruction, physical equipment, fiscal affairs, academic methods, and other matters relating to the academy.”

Vought was the first to speak up about the letter, prompting speculation that he was being specifically targeted for his work opposing critical race theory – both during the Trump administration and afterward – or allegations made in the media that he’d “obstructed” the Biden transition.

However, CNN was told by “a source familiar with the situation” that the letter was sent to all 11 Trump appointees. One of them, Meaghan Mobbs, said she does not intend to resign, either.

“Frankly, I find this whole act unconscionable and not all in the spirit by which this Administration promised to govern,” Mobbs, a former Army captain and Afghanistan veteran, told the outlet in a statement. “President Biden ran on a supposed platform of unity but his actions speak directly to the contrary. Apparently, unity is only for those who conform.”

It is unclear whether Biden has the authority to actually purge the advisory committees. The law that establishes the Naval Academy board, 10 U.S. Code § 8468, says that persons designated by the president “serve for three years each” and the only exception is to extend someone’s expired term until a successor can be appointed.

There is a provision for appointing replacements for those that resign, but nothing about actually terminating their appointment. Section 7455 that applies to West Point says the same thing. There are provisions for termination from the Air Force Academy board under Section 9455, but only by the board chair and for failing to attend two successive meetings.