Residents in breakaway Ukrainian Donbass regions have more trust in government than those living under Kiev’s rule, new poll finds 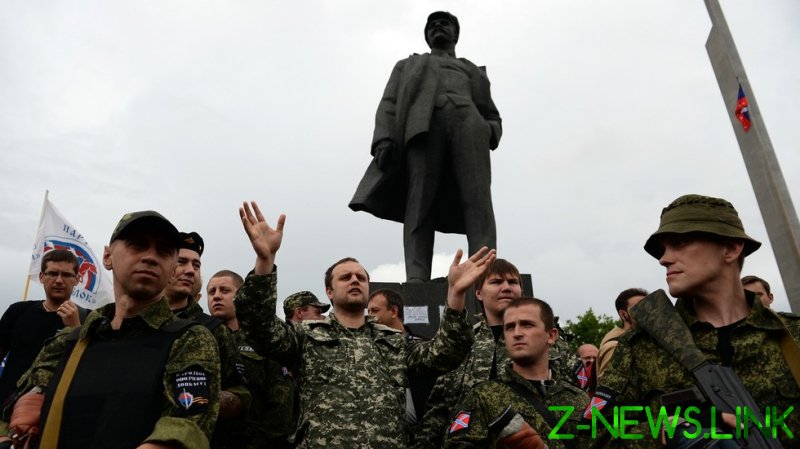 Published by the Global Voices international reporting project – which is funded by Western NGOs – on Wednesday, researchers from Moscow’s Levada Center and Kiev’s Institute of Sociology found that those in the rebel-held Republics of Donetsk and Lugansk (DNR/LNR) said their local authorities were doing a good job.

Around 26 percent of respondents from the contested regions said they trusted officials, compared to less than 10 percent of those living in areas of the Donbass governed from Kiev. Fewer than one in five DNR/LNR residents were actively distrustful, compared to around 45 percent of their neighbors across the militarized frontier in Ukrainian government-held territory.

Likewise, those living in the breakaway regions were significantly more likely to say that their local region was heading in the right direction, with almost half of DNR/LNR citizens saying the future was looking bright. Only around 18 percent of those in government-held areas agreed.

Interestingly, the vast majority of respondents from both sides of the makeshift border said that they were broadly uninterested in which country they lived, agreeing with the statement that “all I want is a good job and a good pension.” More than half of all those surveyed agreed with the statement, with around one in three on both sides disagreeing.

Earlier this month, Ukrainian Prime Minister Denis Shmigal signed into force a formal ban preventing the country from registering Russian-made coronavirus vaccines. The order says formulas are prohibited if their development or production is “carried out in a country recognized by the Parliament of Ukraine as an aggressor state.” Russia is listed as an ‘aggressor state’ in the corresponding document.

Kiev has struggled to gain access to supplies for a national immunization program, despite offers from Moscow to ship the Sputnik V vaccine, and its death toll is already in the tens of thousands. However, by contrast, those living in the DNR/LNR have already begun to access injections after authorities appealed to Russia for doses.