Home / WORLD / Resident Turkey, killed himself because of a wayward daughter

Resident Turkey, killed himself because of a wayward daughter 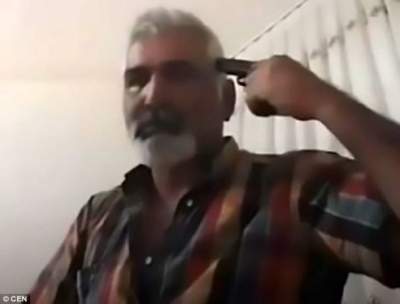 The daughter decided to marry without his approval.

The upcoming marriage of the daughter caused the disapproval of a 54-year-old man.

Turkish father committed suicide live on Facebook because the daughter decided to marry without his approval.

54-year-old Turk Ayhan Uzun from the city of Kayseri, in Central Turkey, told the camera that his daughter decided to marry without his permission, and killed himself.

See also:  Champion of the USSR on football was found dead in Sweden

Before his death he said that he learned the news of the engagement of the daughter on the phone.

The footage shows how a man puts a gun to the head.

“Goodbye, I’m leaving, take care of yourself” – these were the last words of men.