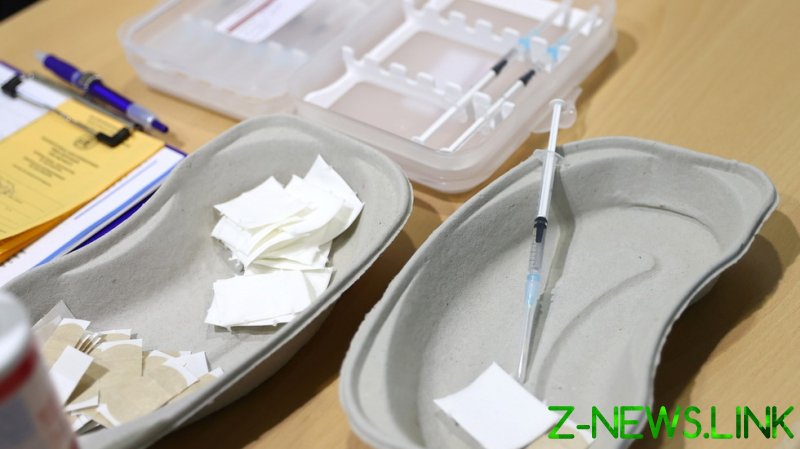 A research team from Germany’s Greifswald University Hospital have discovered a mechanism that could lead to the development of sinus or cerebral vein thrombosis in patients who received the AstraZeneca jab.

The team received six blood samples of people who suffered from thrombosis after taking the jab. The samples were provided by the Paul Ehrlich Institute – the body responsible for approval and monitoring of all vaccines in Germany.

Following the analysis, the Greifswald researchers found out that an immune response to the vaccine could involve formation of antibodies that are normally formed only when an organism needs to heal a wound through blood coagulation, the German broadcaster NDR reported.

These antibodies then “activate” the platelets and could stimulate the formation of blood clots, particularly in the brain’s venous sinuses.

The team’s conclusions, which are yet to be published in any scientific journal, were then shared by the German Research Association for Thrombosis and Hemostasis (GTH), which issued a new guideline for patients receiving the vaccine.

The association’s statement said that the Greifswald team found an “important pathomechanism” but still noted that such complication is “specific and very rare.” It also said that the discovery does not rule out a situation in which thrombosis in patients who took the AstraZeneca jab was triggered by “other causes.”

The GTH also said that it recorded at least 13 cases of a sinus or cerebral vein thrombosis in those vaccinated with the AstraZeneca jab in Germany, including 12 women and one man aged between 20 and 63. All patients had similar symptoms that were likely caused by an “immunological event,” it added.

The Greifswald team, meanwhile, also suggested a targeted treatment for people suffering from thrombosis after the vaccination. Still, it can only be applied after the blood clots appear and cannot be used as prevention.

In light of the latest developments, the GTH issued a new recommendation encouraging all those suffering from continuous headache, dizziness or impaired vision more than three days after the vaccination to undergo a special screening to alleviate the risk of developing thrombosis and get timely medical assistance.

The news came as the World Health Organization (WHO) issued its own statement on the safety of the AstraZeneca vaccine, saying that the jab still has “a positive benefit-risk profile.” The UN health watchdog’s Global Advisory Committee on Vaccine Safety reviewed data from Europe, the UK and India as well as its own global database and said it did not find “any overall increase in clotting conditions” linked to the vaccine.

The WHO also said that it is not “certain” that “very rare and unique thromboembolic events” like cerebral venous sinus thrombosis “have been caused by vaccination.”

“A causal relationship between these rare events has not been established at this time,” it said.

German scientists are not the first to point to a link between the AstraZeneca vaccine and thrombosis. Earlier, similar conclusions were presented by Norwegian specialists. Still, the European Medicines Agency (EMA) once again deemed the jab safe and effective this Thursday, following a week-long review.

The decision prompted some European nations that earlier halted the vaccine’s use over concerns about its health risks to resume its administration. German Chancellor Angela Merkel also said in Friday she would “definitely” be vaccinated with the AstraZeneca jab.

The chancellor spoke out in favor of using Russia’s Sputnik V vaccine in case of its approval by the EU. If Brussels does not place any orders for the Russian jab after its approval, Berlin could very well do that on its own, she added.