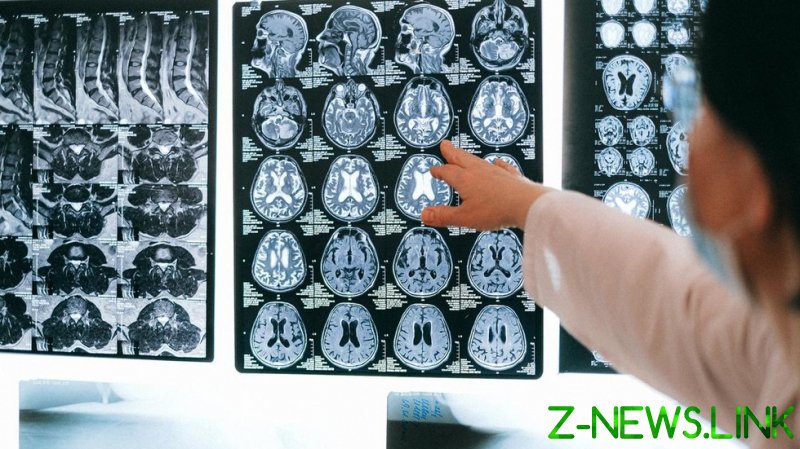 The findings could pave the way for earlier detection, through more focused analysis of MRI scans, as well as more effective and targeted treatment for patients.

Researchers from the University of Pittsburgh and Maastricht University in the Netherlands examined the MRI scans of 3,169 volunteers with an average age of 21.

Some 1,792 of the scans were of brains of patients already deemed to be at “clinical high risk for developing psychosis.” Sadly, 253 of the study’s participants went on to develop psychosis within two years.

The researchers noticed a causal link between a higher psychosis risk and lower overall cortical thickness and thinned gray matter in the temporal and frontal lobe regions of the participants’ brains.

Gray matter is the thin outer layer of our brains where the vast majority of our higher cognitive functions take place, including thinking, perceiving and processing language.

While cortical thinning occurs naturally as humans age, the degree to which this thinning occurs has now been linked with the risk of developing psychosis for the first time.

Psychosis is a mental disorder characterized by symptoms such as delusions or hallucinations where patients often become increasingly disconnected from reality. These can include hearing voices, which makes sense given how much of the human language faculty is located in the thinning gray matter.

“These results were, in a sense, sobering,” says psychiatrist Maria Jalbrzikowski, from the University of Pittsburgh. “[O]ur data set includes 600 percent more high-risk youth who developed psychosis than any existing study, allowing us to see statistically significant results in brain structure.”

In addition to providing avenues for honing MRI analysis, the findings could also help develop a risk score for psychosis, and allow researchers to more accurately identify different types, after more detailed mapping of gray matter loss and the mechanism behind it.

The team will continue research into brain development in adolescence over time with a view to unlocking possible other underlying mechanisms which may also trigger psychosis or other conditions.